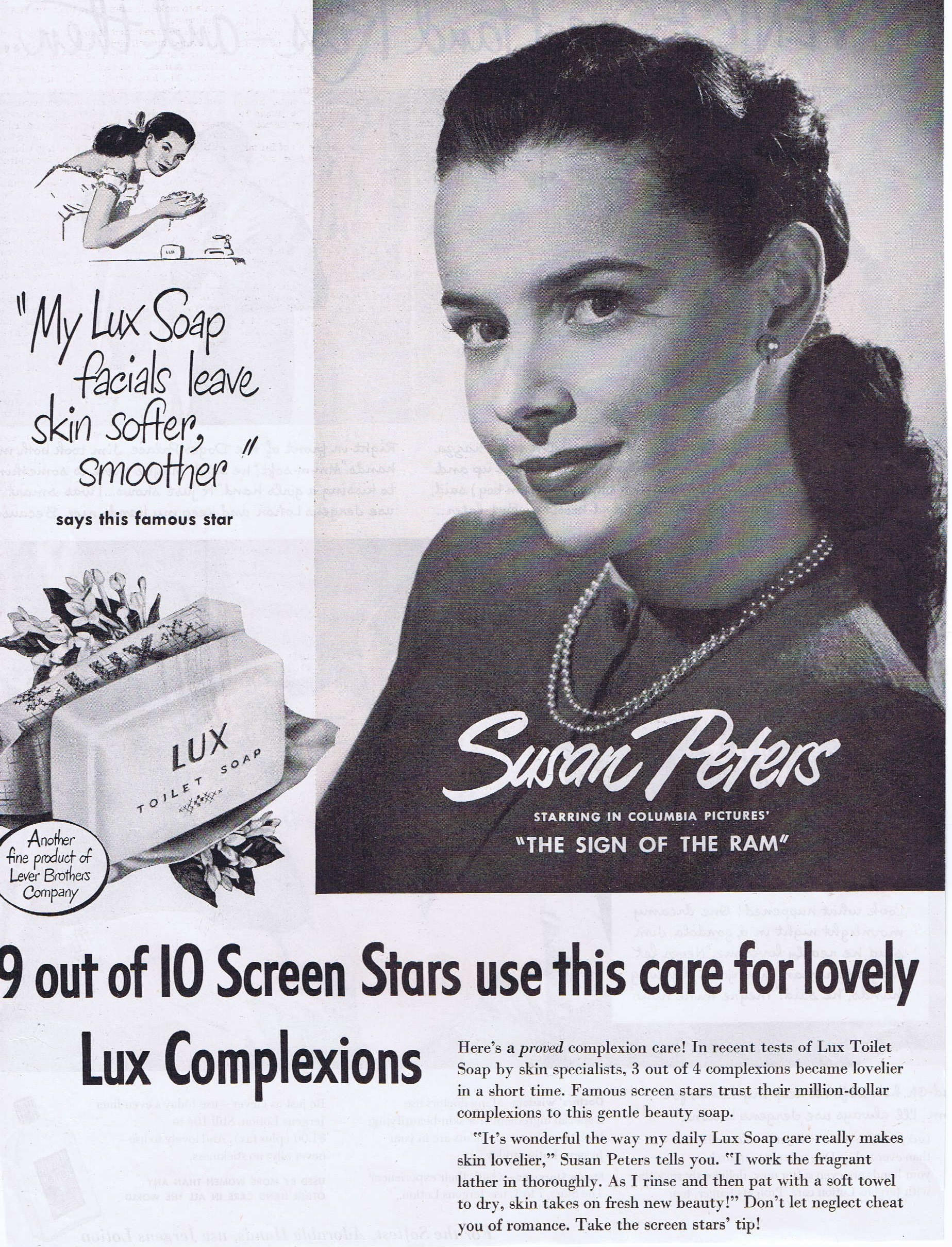 “My Lux Soap facials leave skin softer, smoother” is the slogan of this 1948 original vintage advertisement featuring beautiful Susan Peters.” She was starring in the 1948 film, “The Sign of the Ram,“ with Alexander Knox, which is promoted in the ad.

Her life and career is a tragic one. She had starred in 20 films in 10 year and earned an Academy Award nomination for the 1942 film “Random Forest“. In 1945 her spinal cord was damaged from a accidental gunshot wound and left her paralyzed. She would star in some other films and stage roles as a paralyzed person and would have the lead role in “The Sign of the Ram,” her last film role. She became depressed and stopped eating and drinking water and died in 1952 of health complications at age 31. A tragic life and what a shame!

The ad is 9x12 and in black and white. It is in good to very good condition with nice detail and cut from a vintage magazine with slight uneven cut.

Vintage advertisements and articles are becoming more and more collectible for their nostalgia look and unique eye-appeal. They also are suitable for framing and are becoming more scarce as the supply of vintage paper products continues to decrease. Please note this is an original, vintage product advertisement and NOT a reproduction.