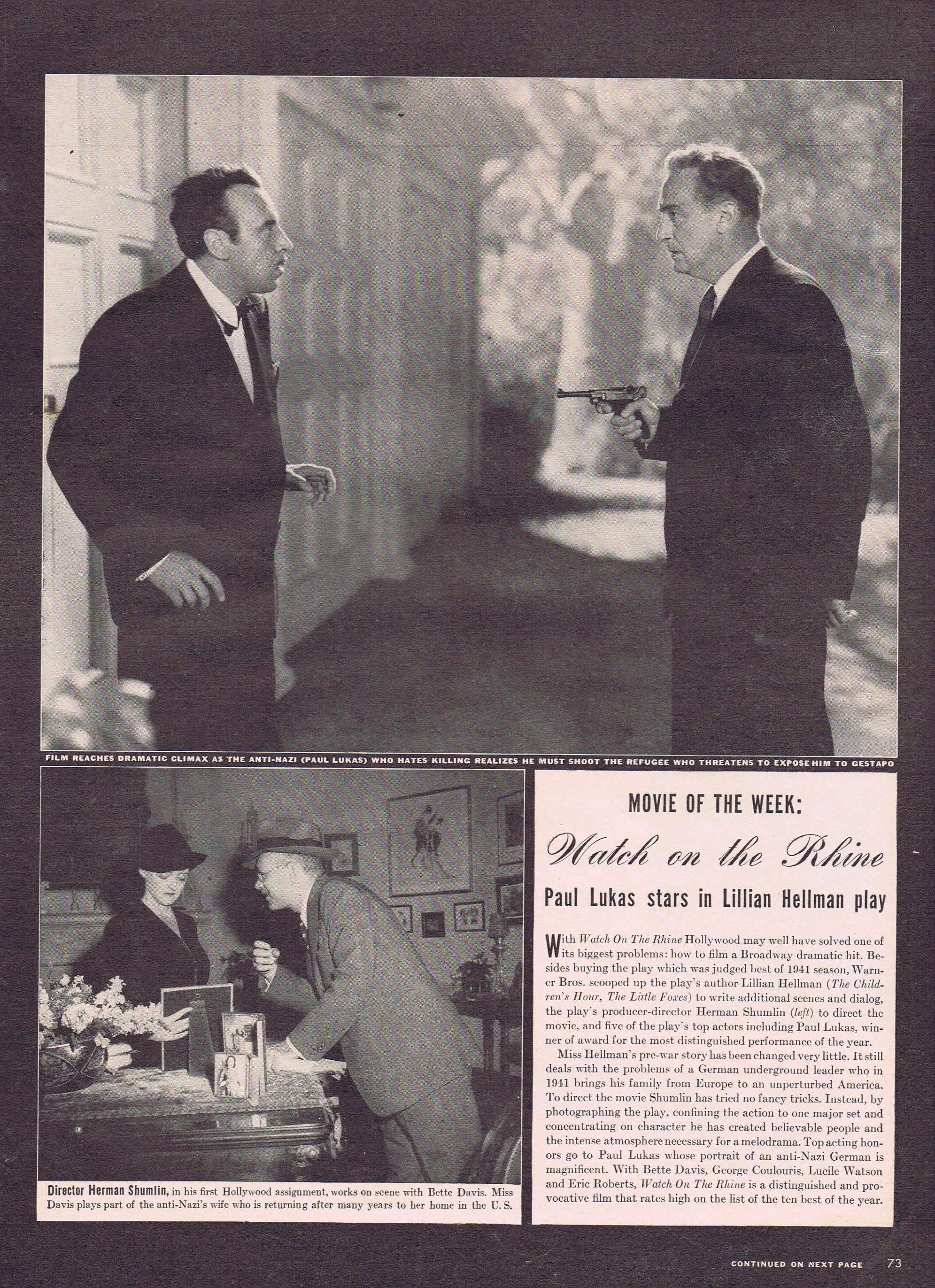 “Movie of the Week: Watch on the Rhine” talk about this 1943 WW2 era film called, “Watch on the Rhine.“ The film stars Paul Lukas as an anti-fascist crusader Kurt Muller and Bette Davis as his wife. Muller won an Academy Award and Golden Globe for best actor. The film was also nominated for Best Picture and Best Supporting Actor for Lucile Watson and Best Screenplay. It was based on the 1941 play by Lillian Hellman. The page features a nice photo from the dramatic climax and another below with some on the back also. Please see the scans.

The magazine page is 10x13 and in black and white. There are additional pictures on the reverse side of the page that are 5x13 as seen in the second scan. It is in good to very good condition with nice detail and aging from being in a 75 year-old-magazine.

Vintage advertisements and articles are becoming more and more collectible for their nostalgia look and unique eye-appeal. They also are suitable for framing and are becoming more scarce as the supply of vintage paper products continues to decrease. Please note this is an original, vintage product advertisement and NOT a reproduction.