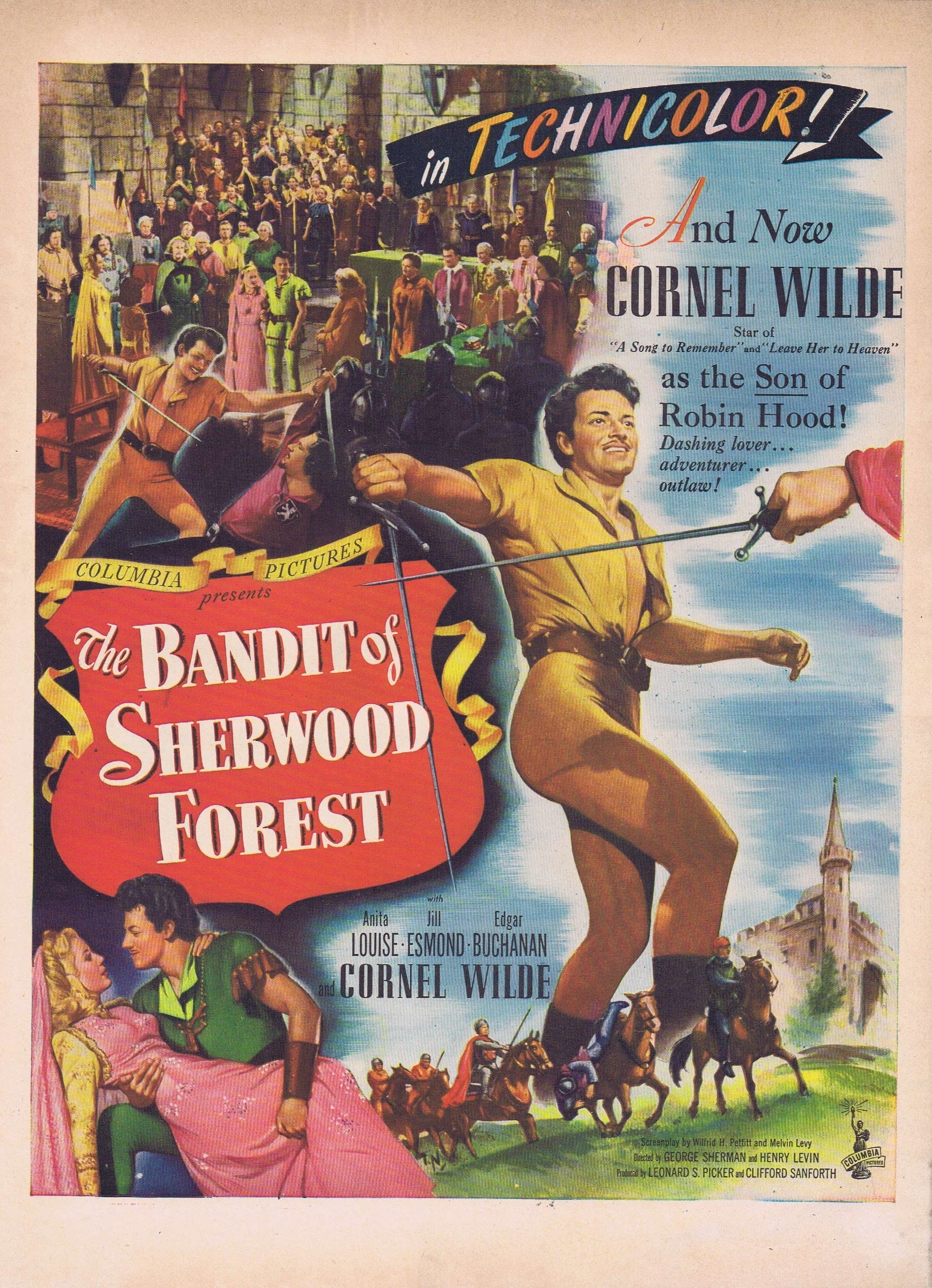 “And now Cornel Wilde as the son of Robin Hood“ This is a 1946 large movie advertisement from the Columbia Pictures film, “The Bandit of Sherwood Forest.” It starred Cornel Wilde. The movie also starred Anita Louise, Jill Esmond and Edgar Buchanan.

Featured in the ad are nice colorful scenes from the film. It was directed by George Sherman.

It is a 10x14 and in color. The ad is in very good and collectible condition with nice color and detail. There is some edge aging.

PLEASE NOTE” This is a vintage magazine ad and NOT a DVD or video of the film.

Vintage advertisements and articles are becoming more and more collectible for their nostalgia look and unique eye-appeal. They also are suitable for framing and are becoming more scarce as the supply of vintage paper products continues to decrease.