Check out more than 2,500 items on website for sale. 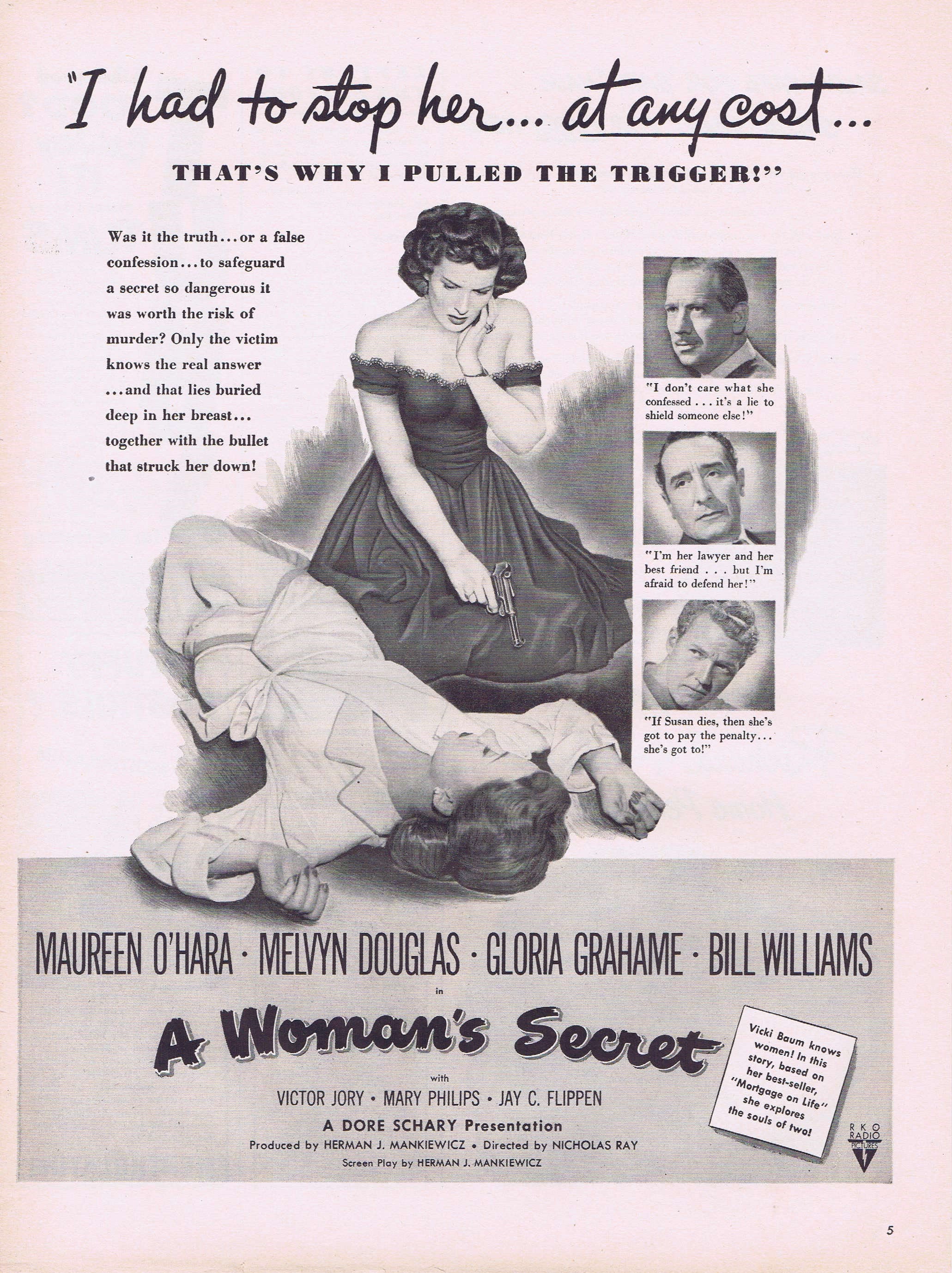 “I had to stop her at any cost.“ This is a 1949 large movie advertisement from the film noir film, “A Woman’s Secret.” It starred Maureen O’Hara in an unusual role for her and Melvyn Douglas and was a Dore Schary Presentation. The movie also starred Gloria Grahame and Bill Williams. Film was based on the best-seller by Vicki Baum called, “Mortgage on Life.”

Featured in the ad is a great movie pose of Maureen O’Hara with a gun in her hand by the body of a dead woman with male film stars on the right. It is a 10x14 and in classic black and white. The ad is in very good and collectible condition with nice detail and some edge wear and aging.

PLEASE NOTE” This is a vintage magazine ad and NOT a DVD or video of the film.

Vintage advertisements and articles are becoming more and more collectible for their nostalgia look and unique eye-appeal. They also are suitable for framing and are becoming more scarce as the supply of vintage paper products continues to decrease.