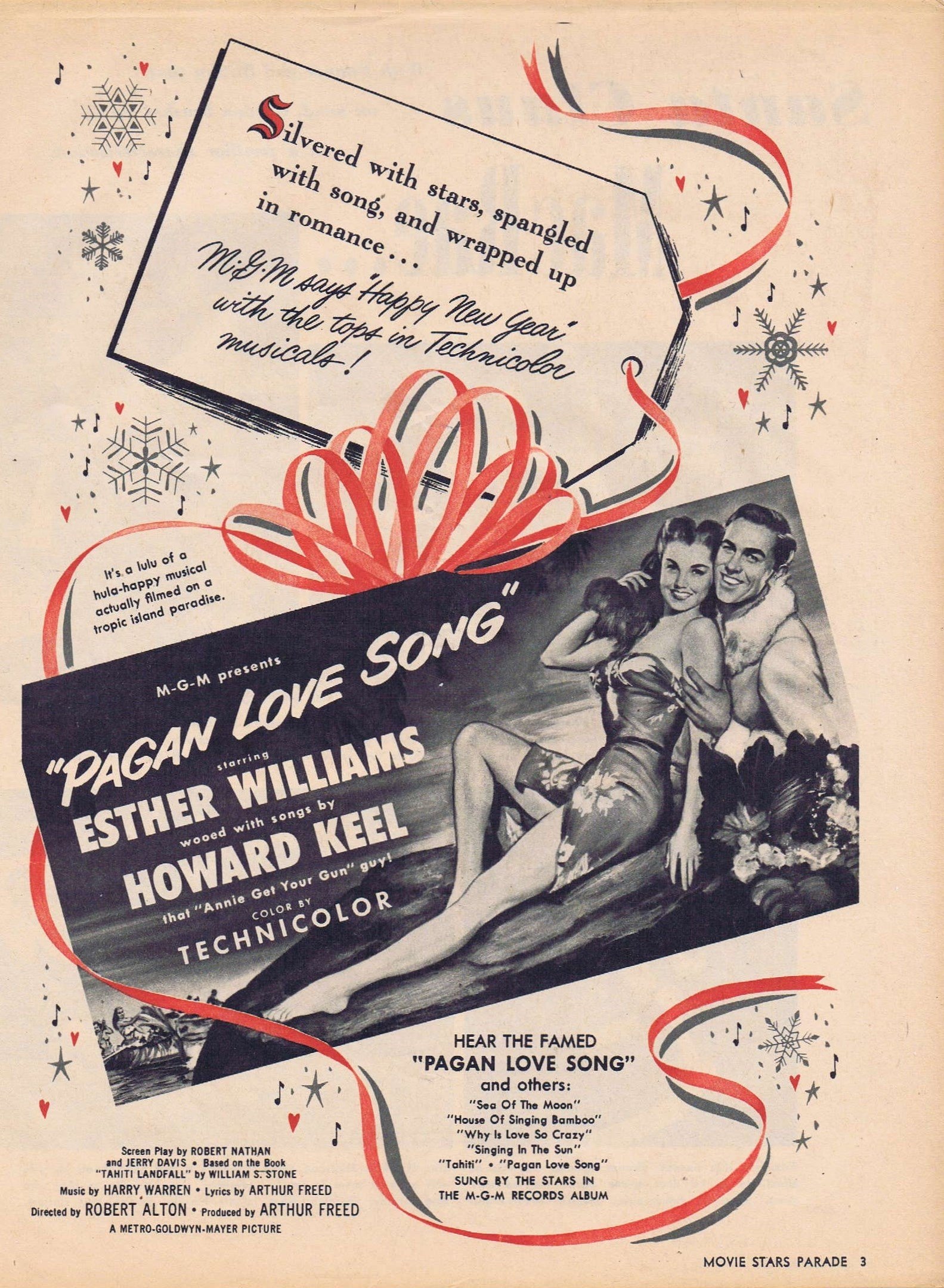 This is an original movie ad from the musical film, “Pagan Love Song.” It starred Esther Williams and Howard Keel. Movie was directed by Robert Alton.

Ad is in black and white with red highlighting and 8.5x11. It is original, not a reproduction. It was taken from a vintage movie magazine and is in good to very good condition with some aging. Ad will be shipped intact on the original page it appeared.