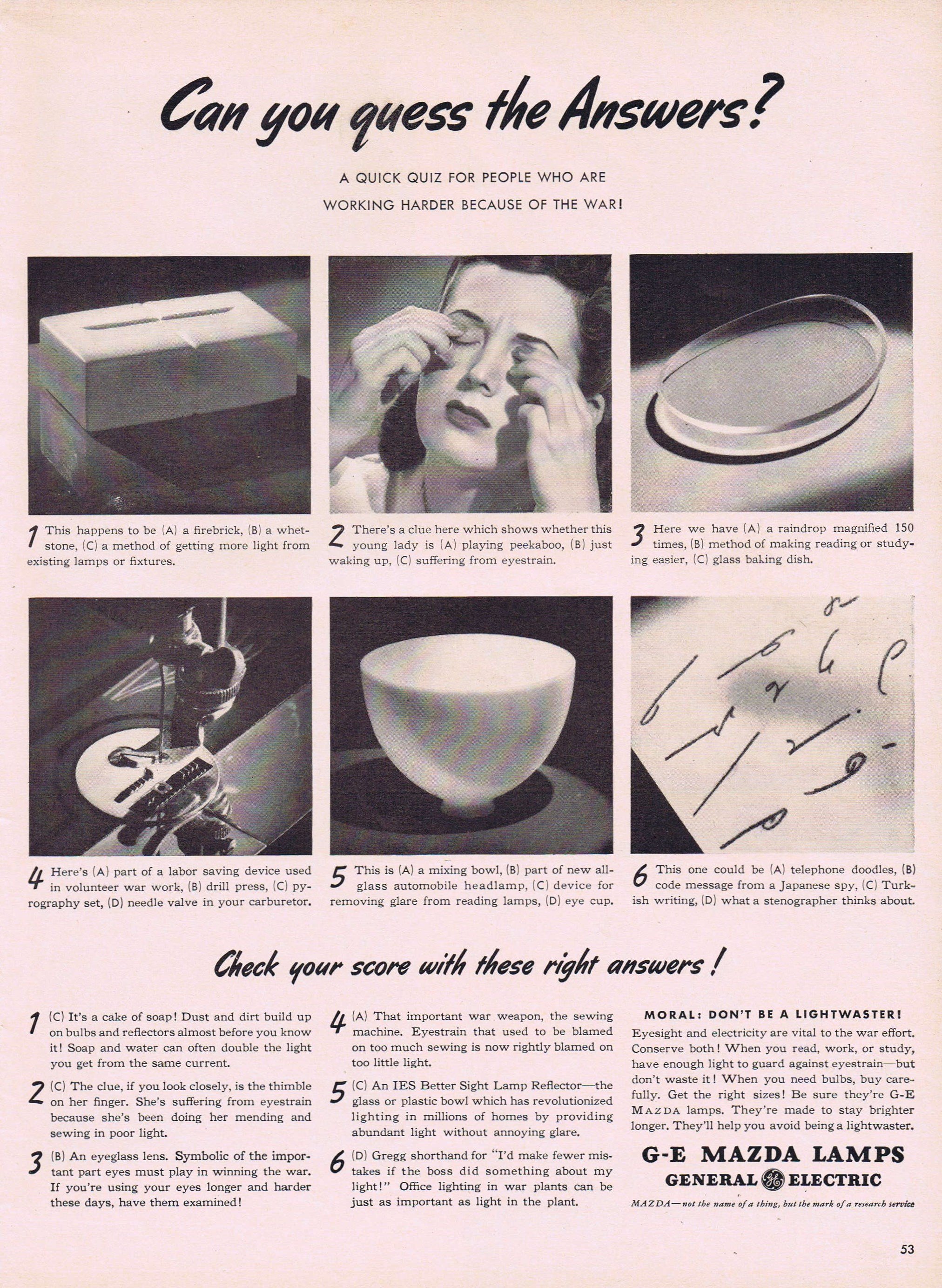 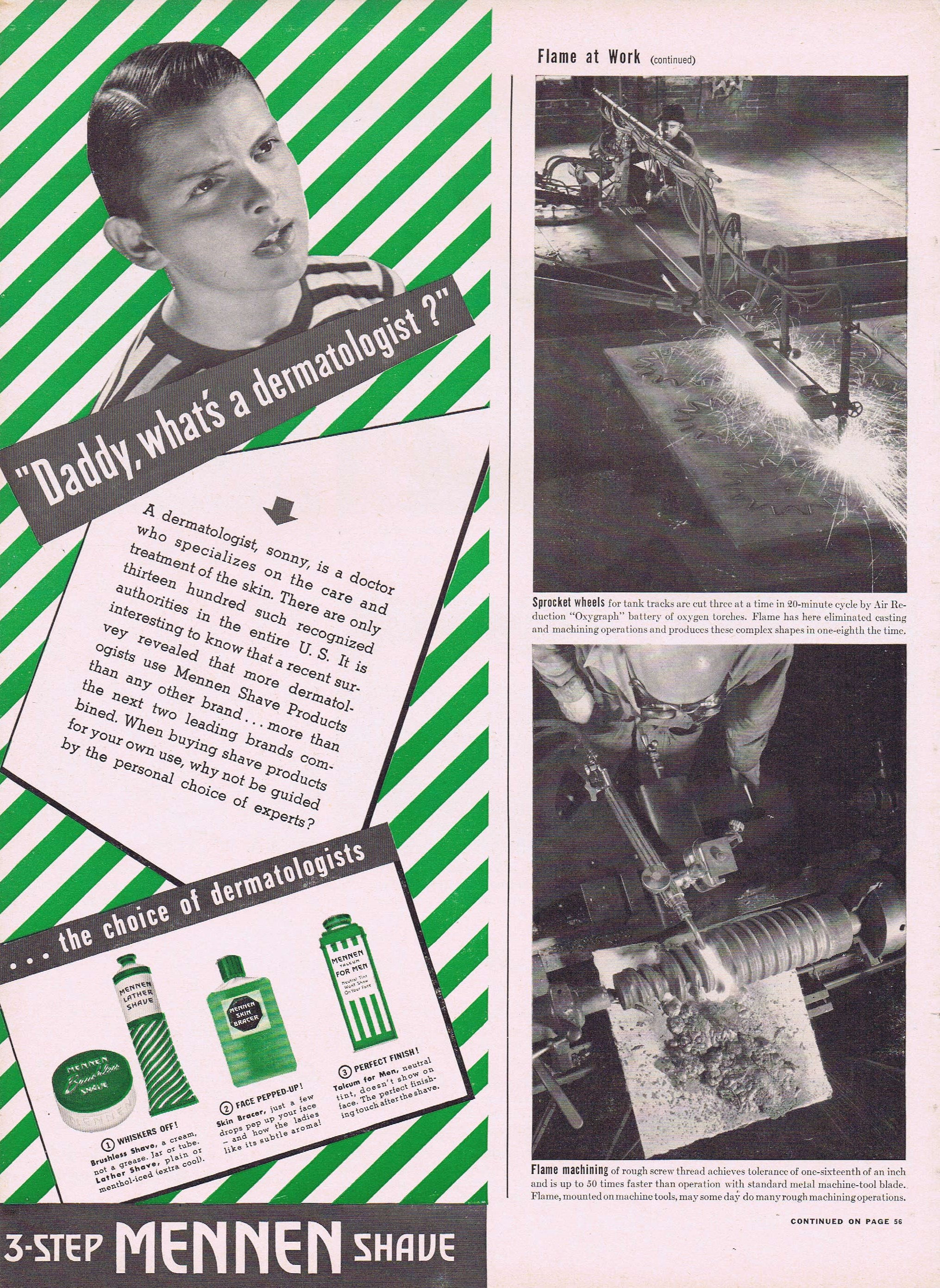 1942 WW2 Era Original Vintage Information Advertisement by General Electric for G-E Mazda Lamps. The ad features questions about how people were working harder because of the war. The ad is 10x14 and is in black and white.

A BONUS is another ad on back of the same page for Mennen Shaving Cream. The ad features a boy asking his father what a dermatologist was. It is 5.5x14 in black, white and green ink. This ad will be shipped on the original page it appeared so it may be used exactly as the person purchasing it wants. The third scan shows the page as it appeared.

The ads are in very good condition with light aging.