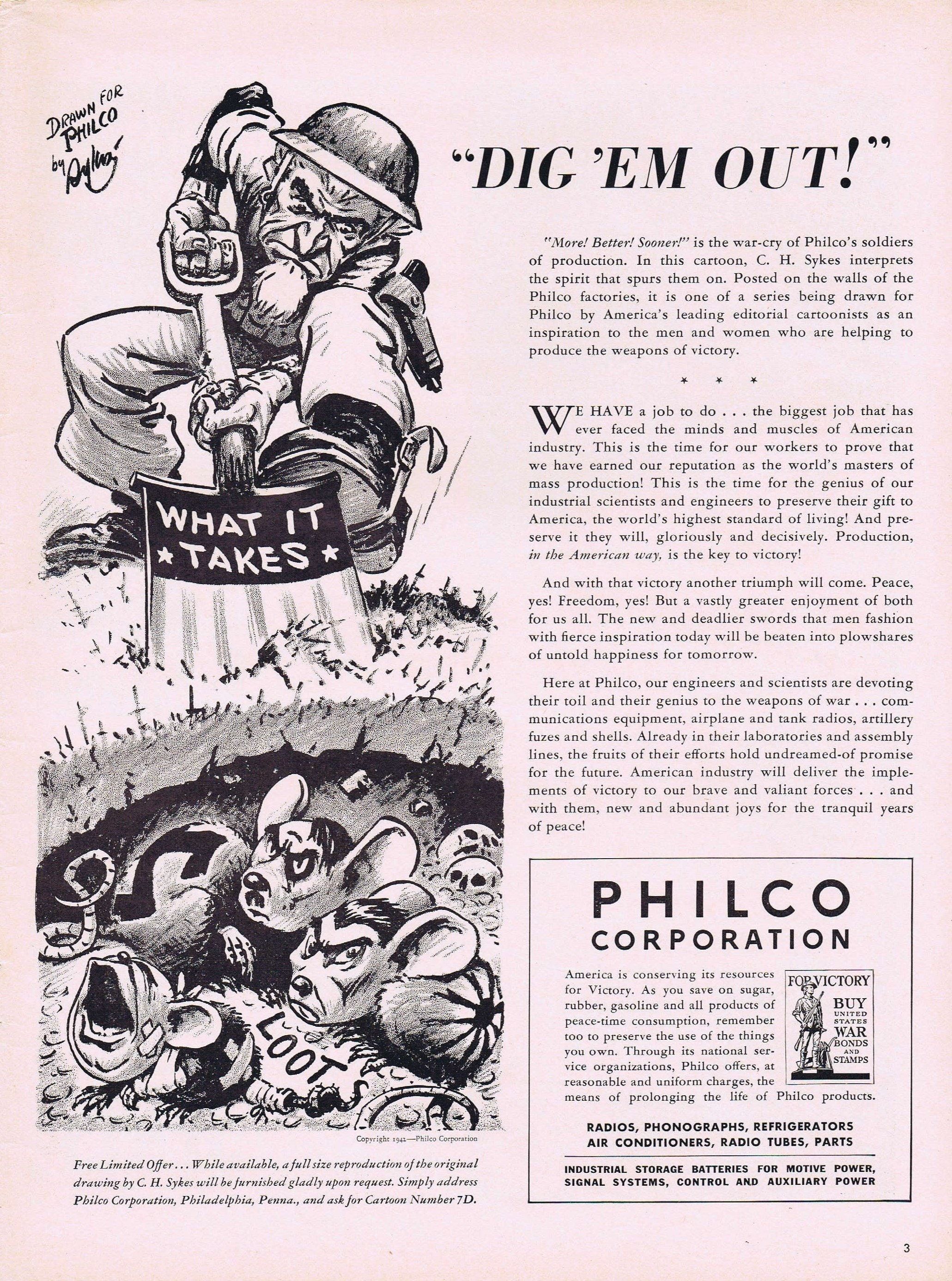 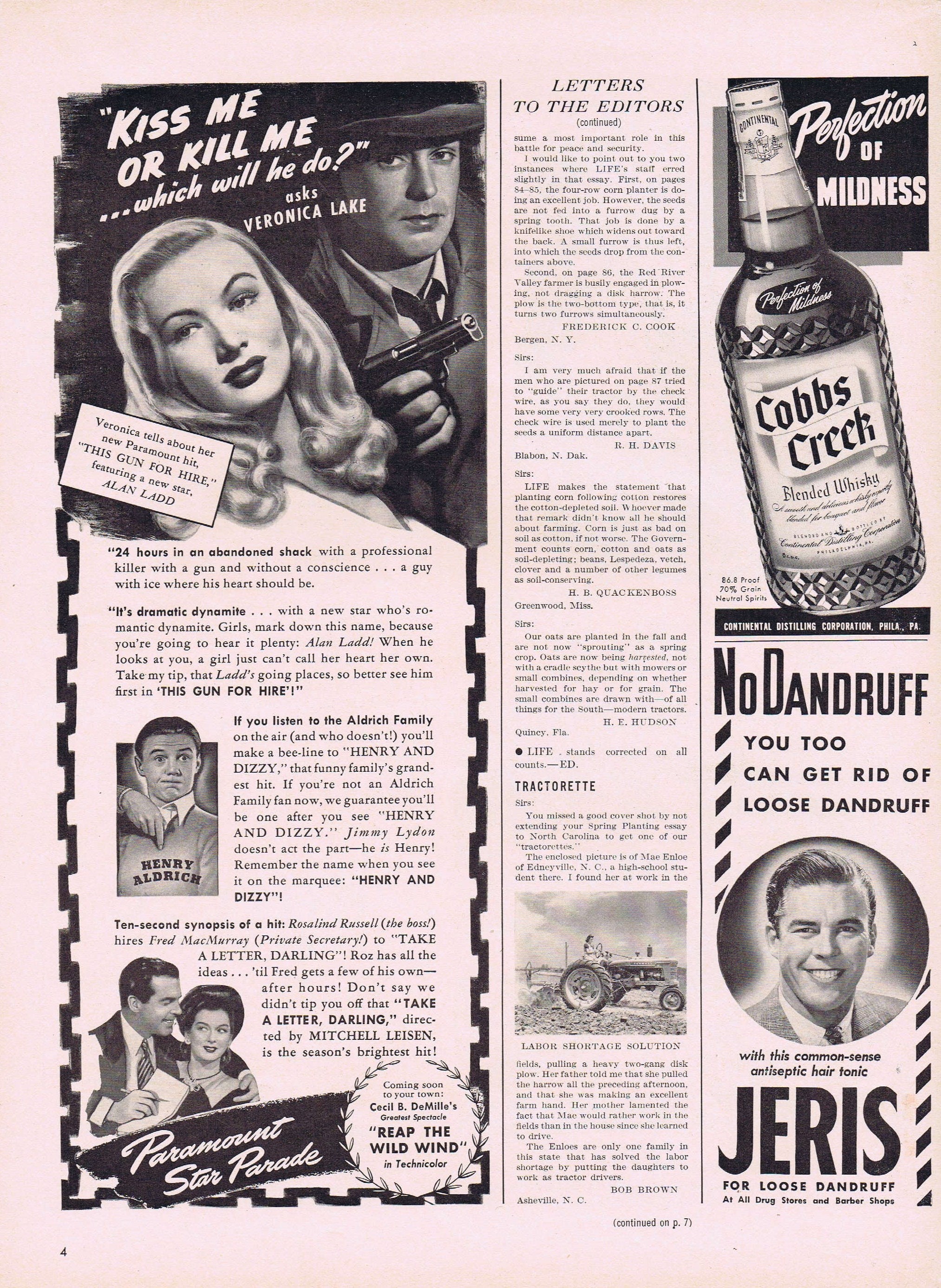 1942 WW2 Cartoon Victory Drawing by C.H. Sykes for Philco Corp., makers of radios, phonographs, refrigerators and more. The cartoon features extreme art of the Axis leaders being an inspiration to the men and woman who are helping to produce the weapons of victory. The ad is 10x14 and in black and white. It is a must see WW2 Cartoon.

A BONUS is another ad on back of the same page for the Paramount Star Parade. Featured is Veronica Lake and Alan Ladd in “This Gun for Hire,” Henry Aldrich, Fred MacMurray and Rosalind Russell in “Take a Letter, Darling.” Please see the scan. This ad is 5.5x14 and will be sent uncut on the original it appeared.

The ads are in black and white and in very good condition.