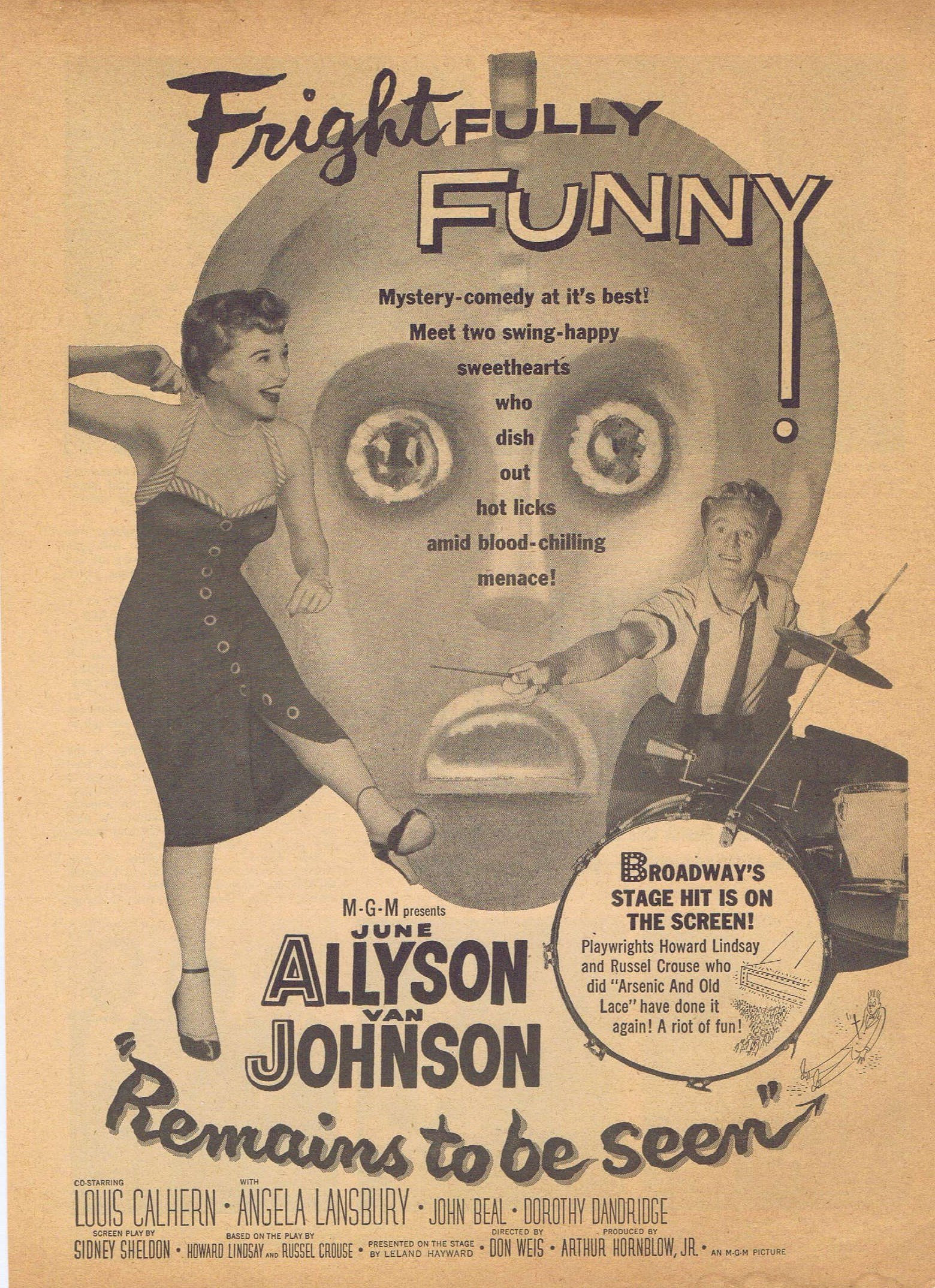 This is an original movie ad from the June Allyson and Van Johnson’s 1953 mystery comedy film called “Remains to be Seen.” It also starred Angela Lansbury, Louis Calhern, John Beal and Dorothy Dandridge. Movie was directed by Don Weis.

PLEASE NOTE: this is an original, vintage movie ad on a single sheet of paper, and NOT a DVD or video

Ad is b&w and 8.5x11. It is original, not a reproduction. It was taken from a vintage movie magazine and is in collectible good to very good condition. Ad will be shipped intact on the original page it appeared.