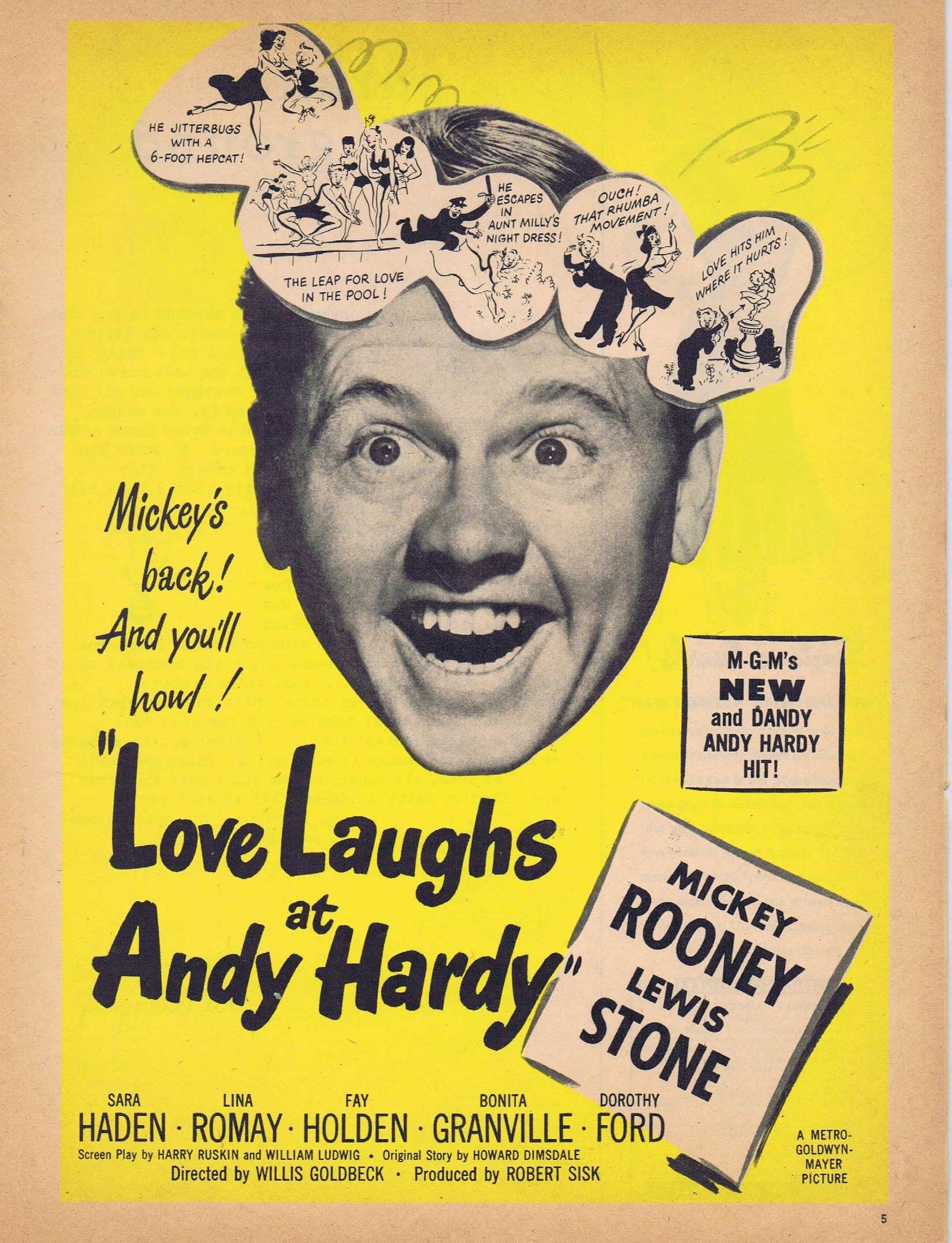 This is a 1946 movie ad from the Mickey Rooney M-G-M film, “Love Laughs at Andy Hardy.” Film also starred Lewis Stone, Sara Haden, Lina Romay, Fay Holden, Bonita Granville and Dorothy Ford. It was directed by William Goldbeck and part of this popular series of films. It was the 15th and next to last film of the series and last to feature Lewis Stone as Judge Hardy. It also was the first film for Rooney after he got out of the Army. This was the last Andy Hardy film for 12 years until 1958 in an unsuccessful attempt to keep the initial popularity of the series going.

Ad is 8x11 and black & white with yellow background. It was taken from a vintage movie magazine and is in good to very good condition with edge aging and couple of staple pulls. Please see the scan for the actual item being sold.