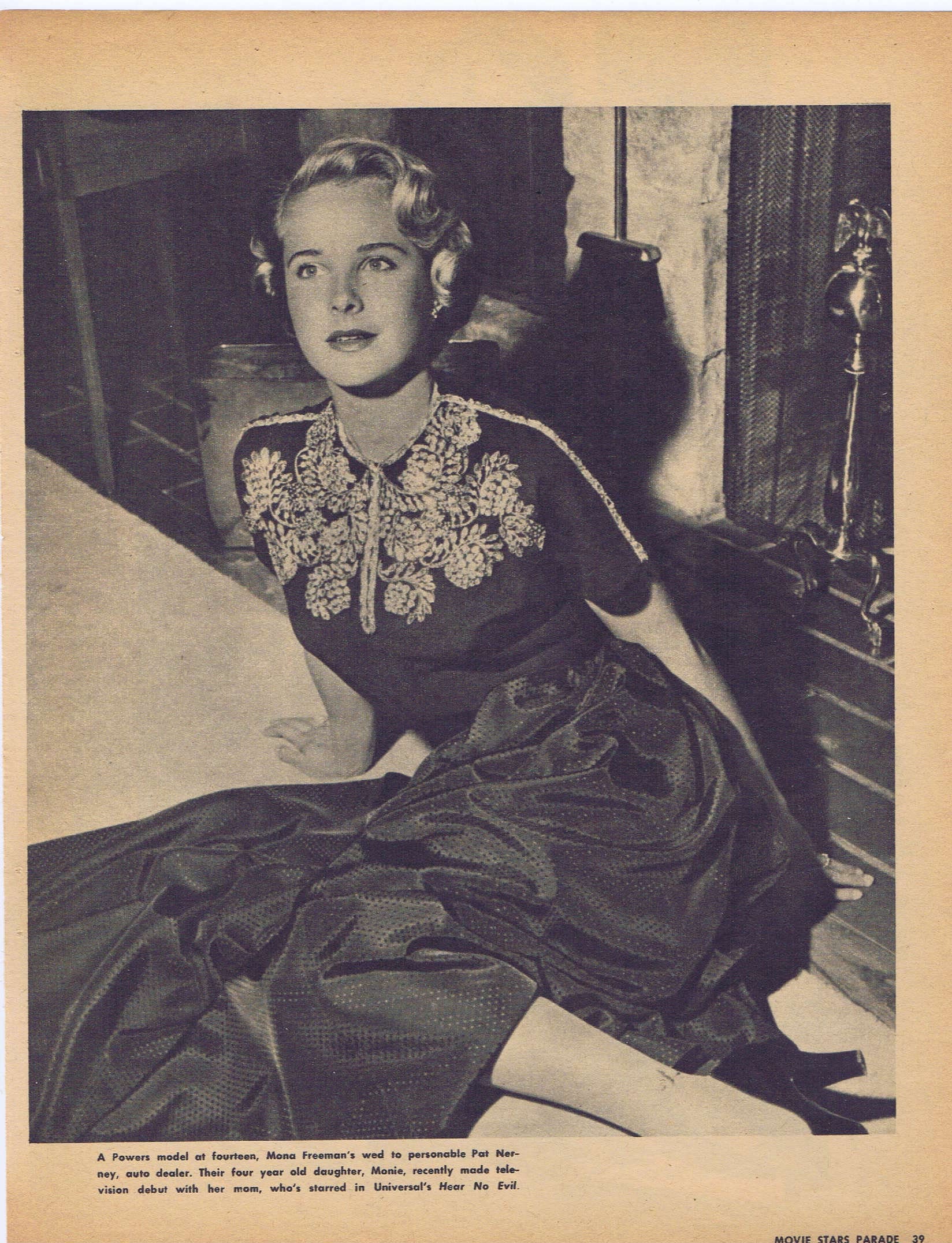 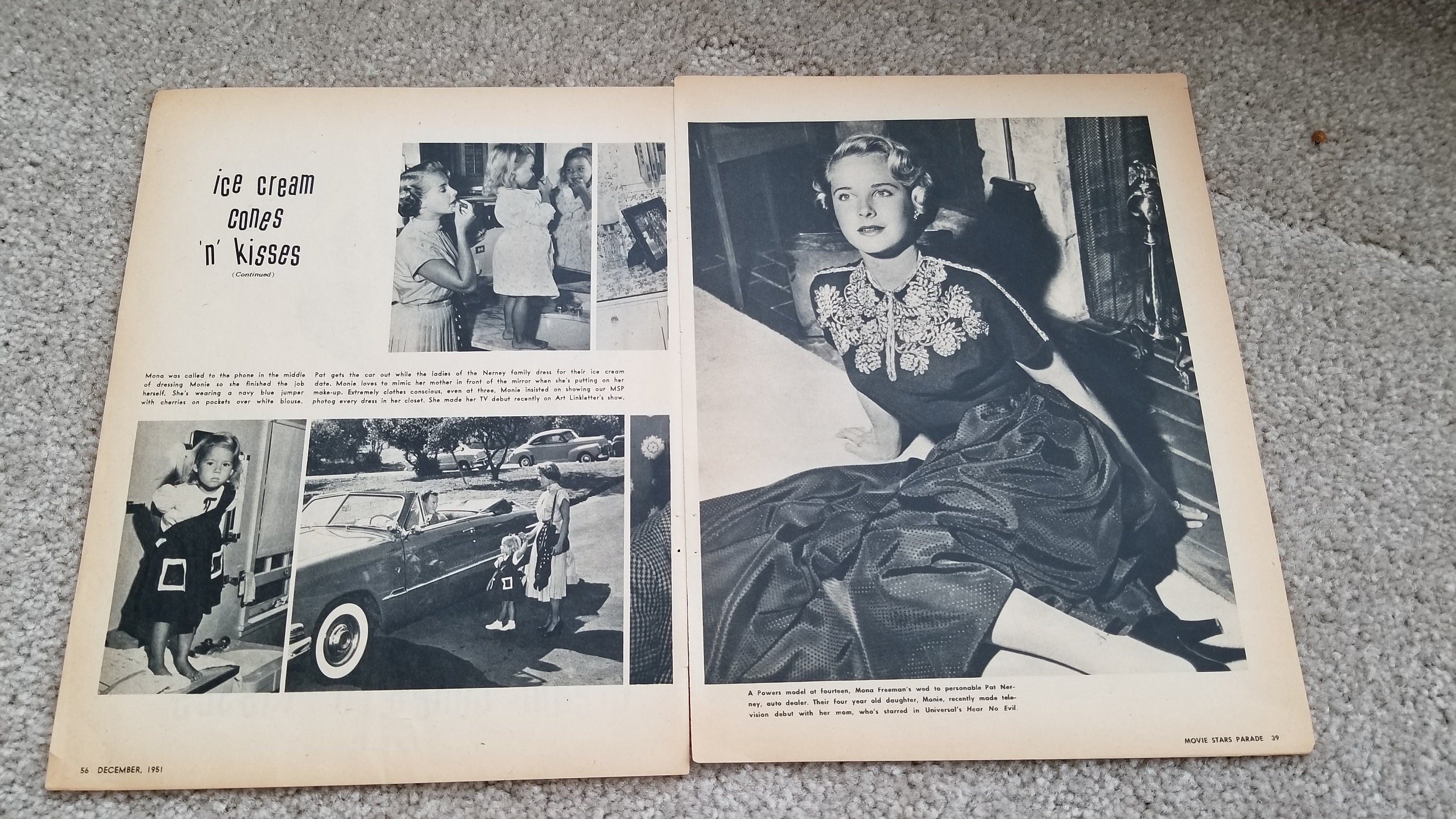 This is a 1951 vintage feature story with nice pictures of classis star Joan Freeman called, “Cream Cones ‘N’ Kisses.” Freeman was a Powers model at 14 and the first “Miss Subways” of the New York City Transit System. She appeared mostly in “B” movies and appeared with Dean Martin and Jerry Lewis in the 1952 film, “Jumping Jacks.“ She is shown in 3 great pictures with her 4-year-old daughter, Monie and husband Pat Narney in one. There are 2 other pictures of Mona Freeman. Please see scans.

Picture is in b&w a and are original, not reproductions. They were taken from a vintage movie magazine and is in good to very good condition with edge aging. Pictures will be shipped intact on the original page it appeared.

Vintage television and movie pictures and ads are becoming more and more collectible for their nostalgia look and unique eye-appeal. They also are suitable for framing and are becoming scarcer as the supply of vintage paper products continues to decrease.