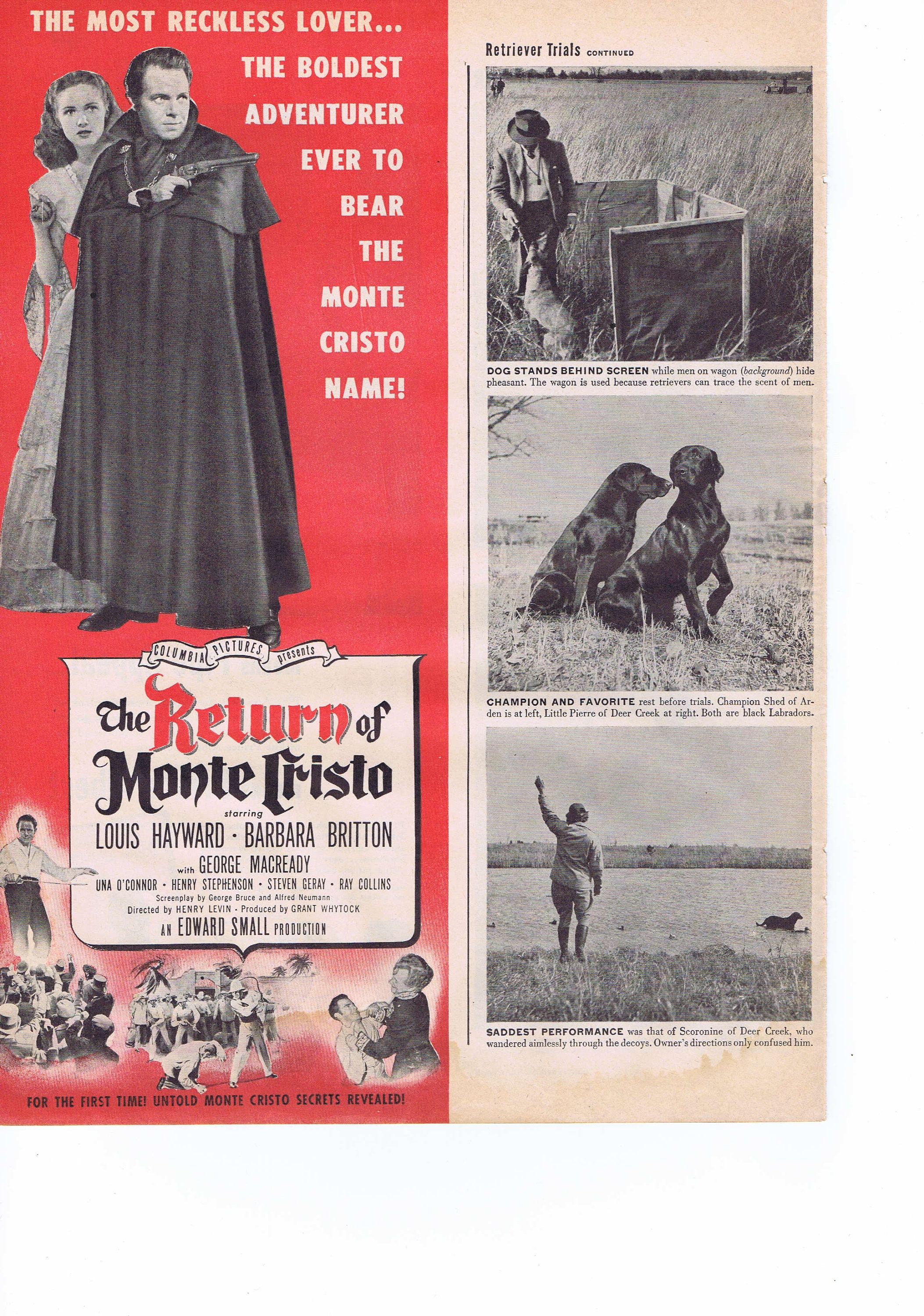 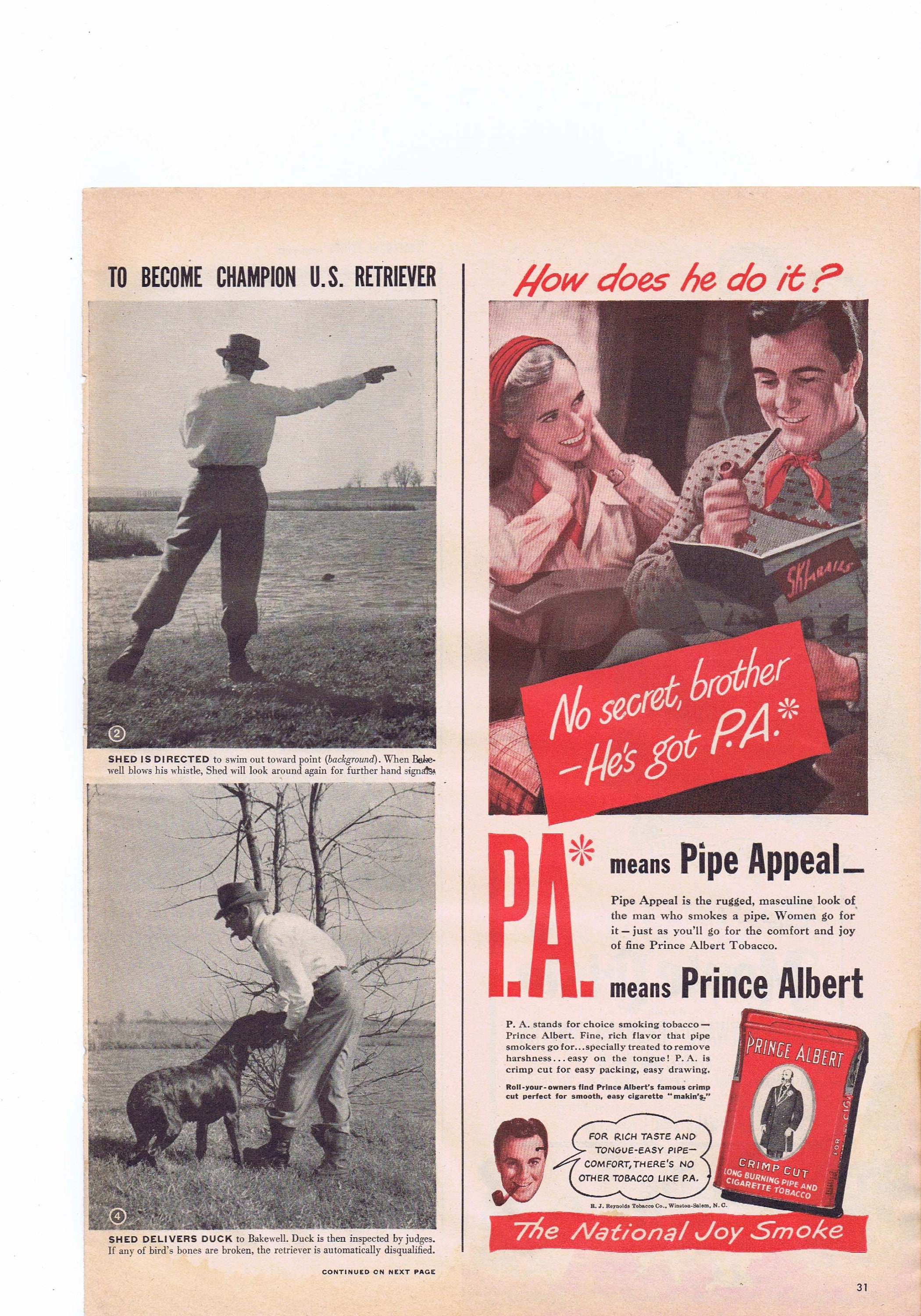 1946 Original Movie advertisement for the film, “The Return of Monte Cristo.” The ad features nice photos from the film that starred Louis Hayward, Barbara Britton and George Macready. The film was directed by Henry Levin.

PLEASE NOTE: this is an original, vintage movie ad on a single sheet of paper, and NOT a DVD or video.
A BONUS is an ad on back of the same page for Prince Albert Pipe Tobacco. Shown is a man enjoying Prince Albert and a pretty lady who has “P.A.” or Pipe Appeal.

Both ads are 5.5x14 and in good to very good with some edge aging and lower shadow stain. Please see the scan.