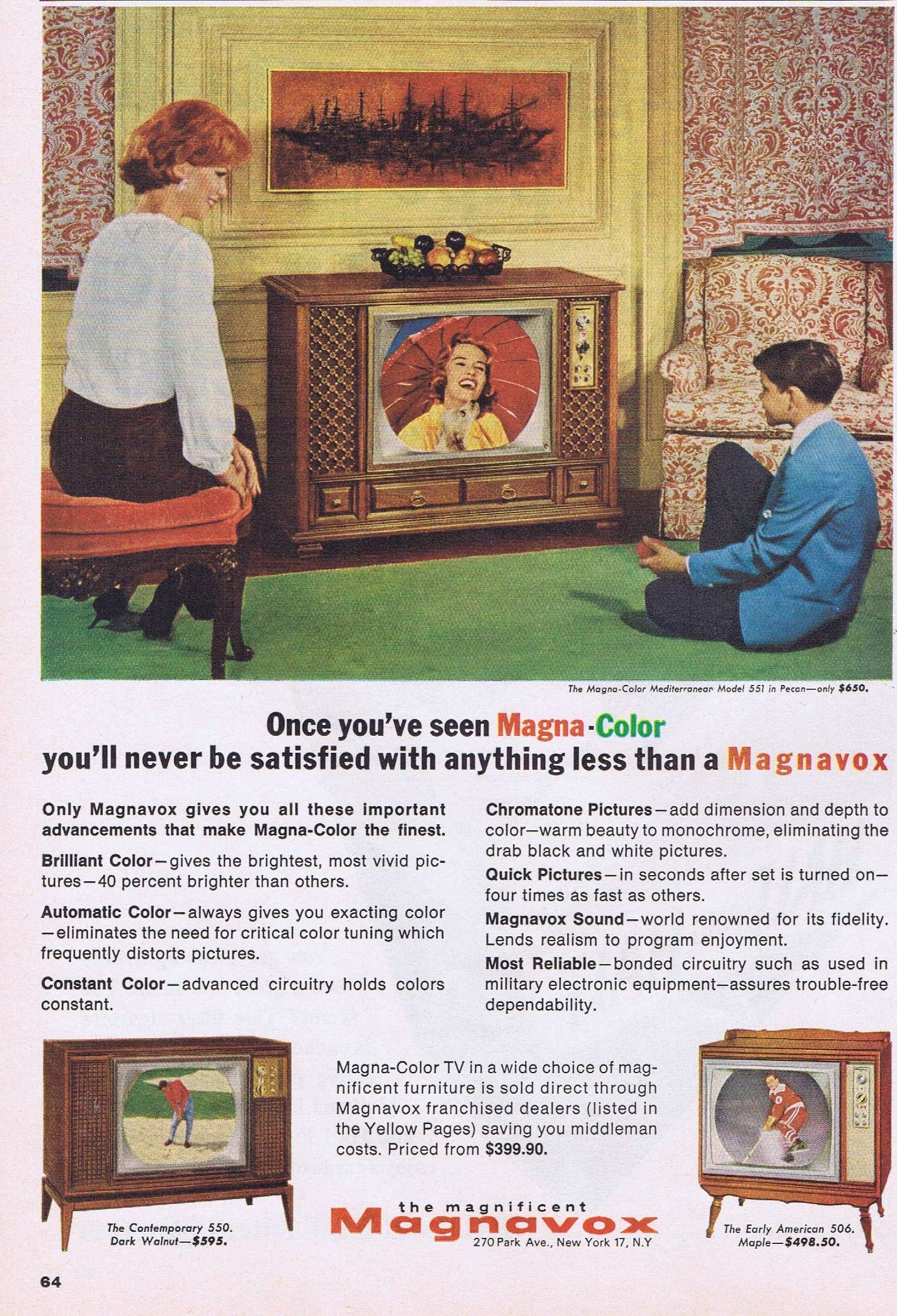 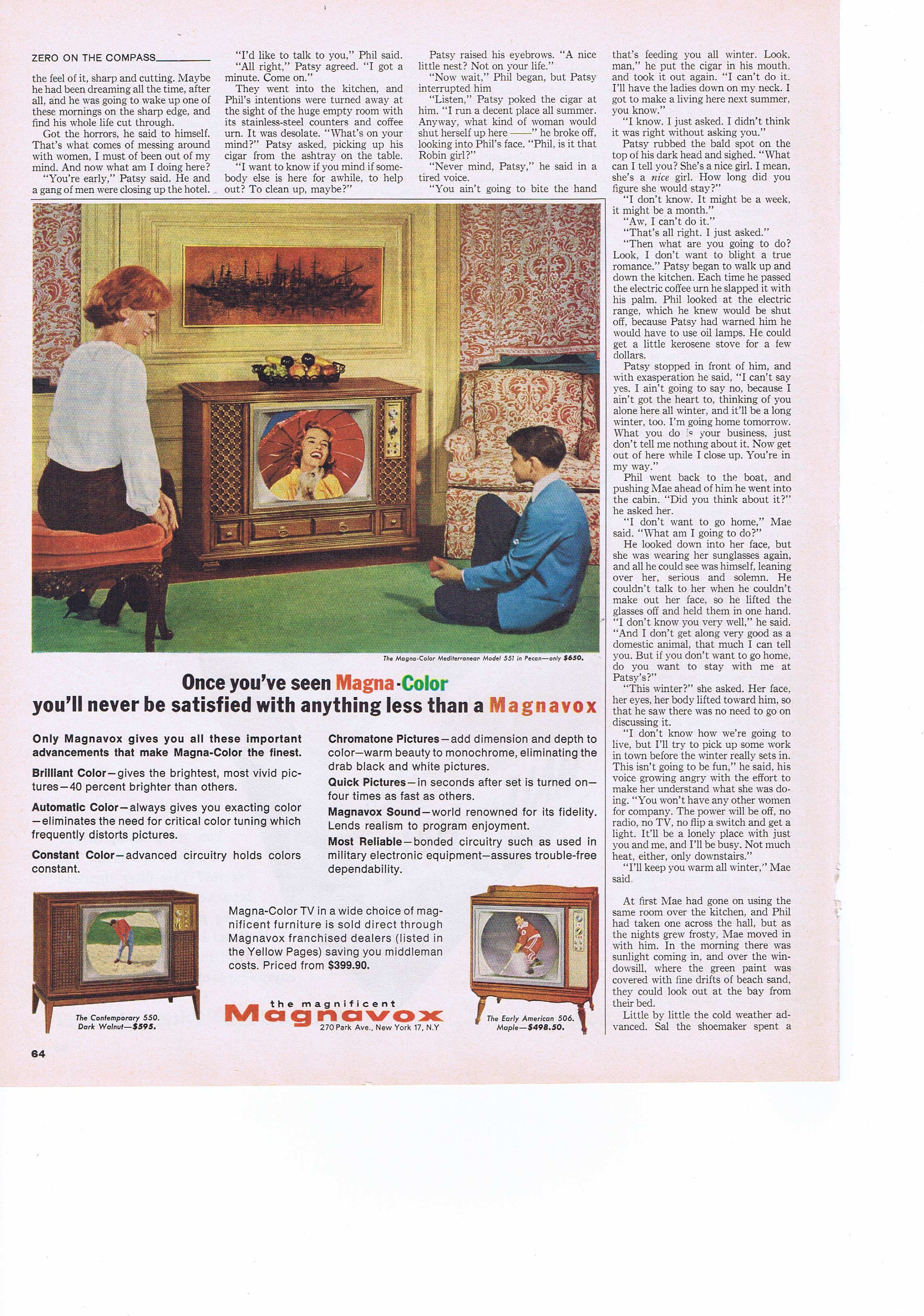 1965 original vintage advertisement for Magnavox Televisions. Featured in the ad are a mother and son watching a Magnavox Console Television. Shown is a Magna-Color Mediterranean Model 551 in pecan which sold for $650 and The Contemporary 550 in Dark Walnut with a $595 price and The Early American 506 for $498.50.

The ad is 7.5 x11 and is in very good condition with some edge aging. It will be sent uncut from the original page it appeared.