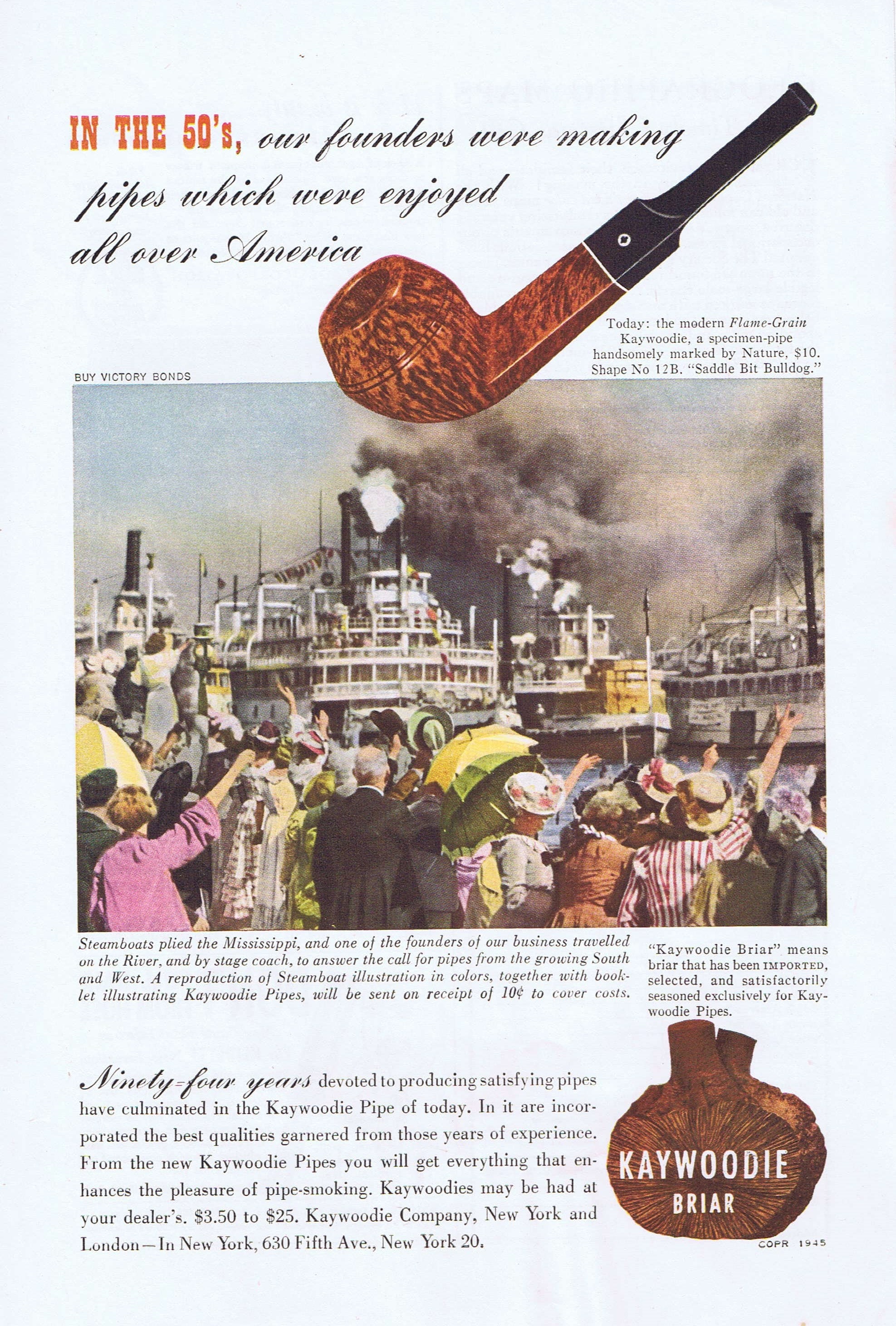 1945 original vintage advertisement for Kaywoodie Pipes. It recognizes they had been making pipes for 94 years in 1945. Shown in the ad is Steamboat on the Mississippi that one of the founders of Kaywoodie traveled to answer the call for pipes in the growing South and West. Also in the ad is a Kaywoodie Flame-Grain Pipe also called, “Saddle Bit Bulldog.” Please see the scan.

The ad is 7x10 and in color. It is in very good condition.