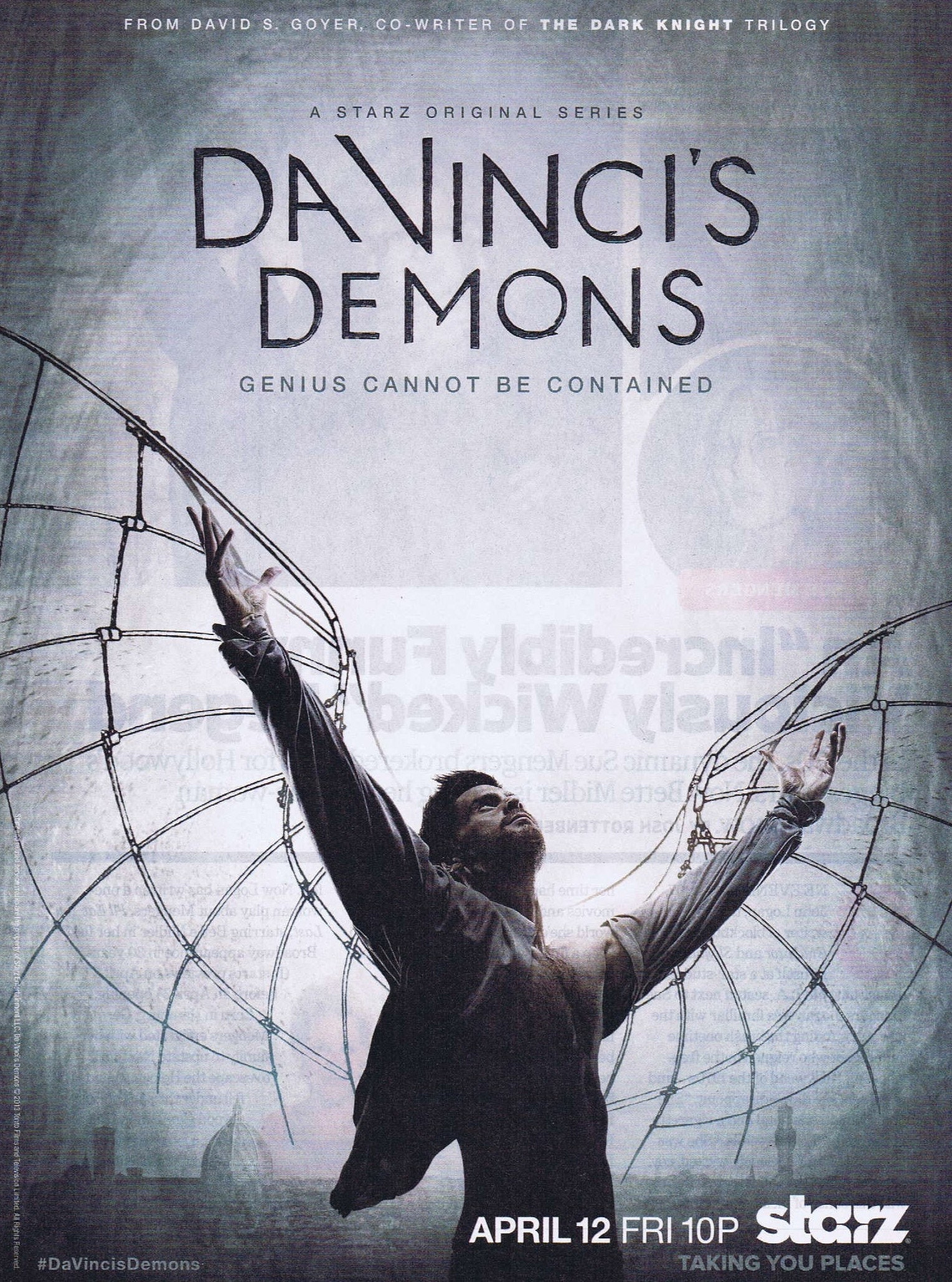 “From David S. Goyer co-writer of The Dark Knight Trilogy” is the theme of this 2013 original advertisement for the Starz Original Fantasy Drama Historical Series that featured a fictional account of Leonardo da Vinci’s early life called, “Da Vinci’s Demons.” It features a nice art layout and Tom Riley. The series also starred Laura Haddock, Blake Ritson, Elliot Cowan, Lara Pulver and others. The series ran from 2013 to 2016. Please see the scan.