Check out more than 2,000 items on website for sale. 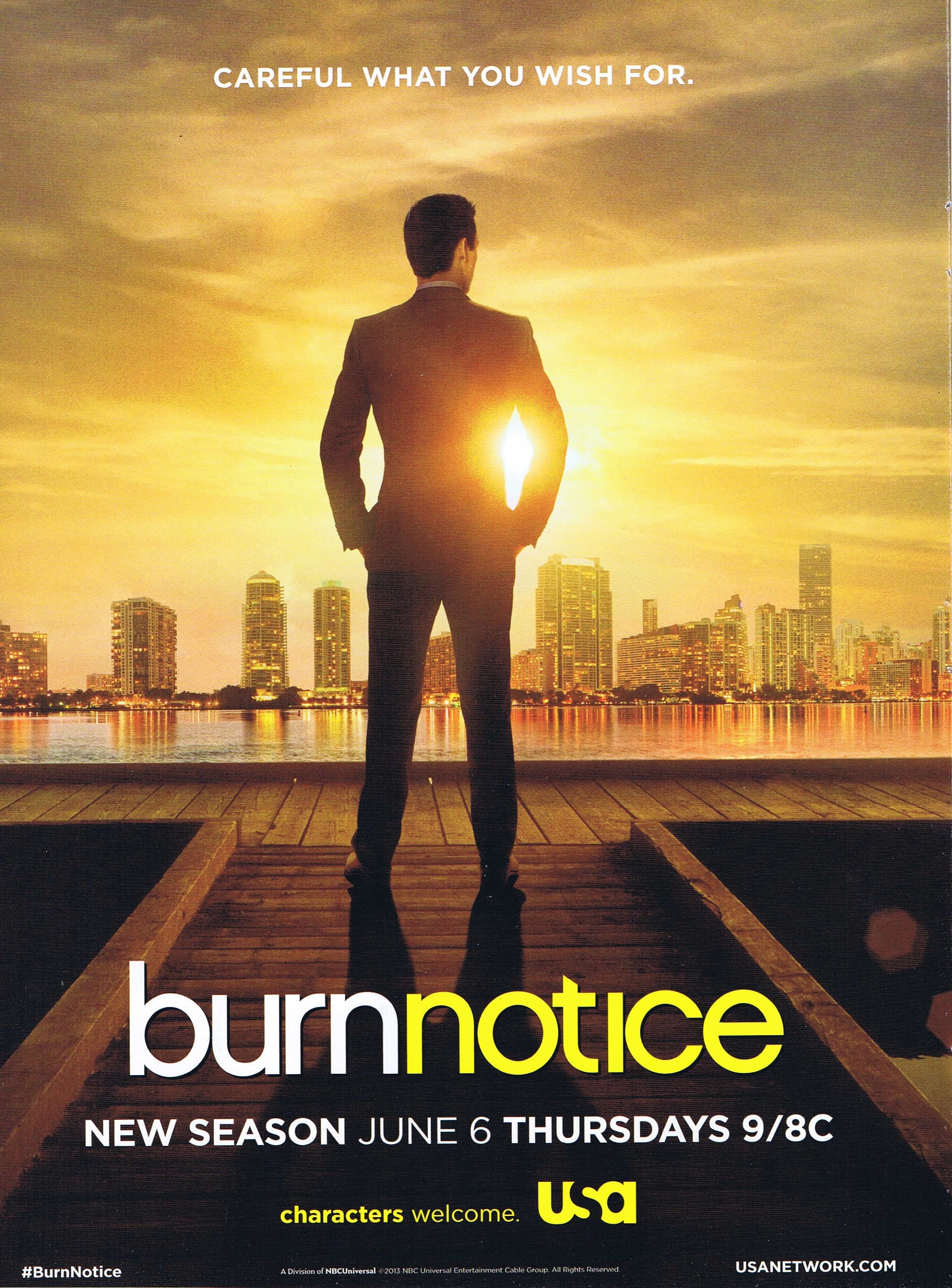 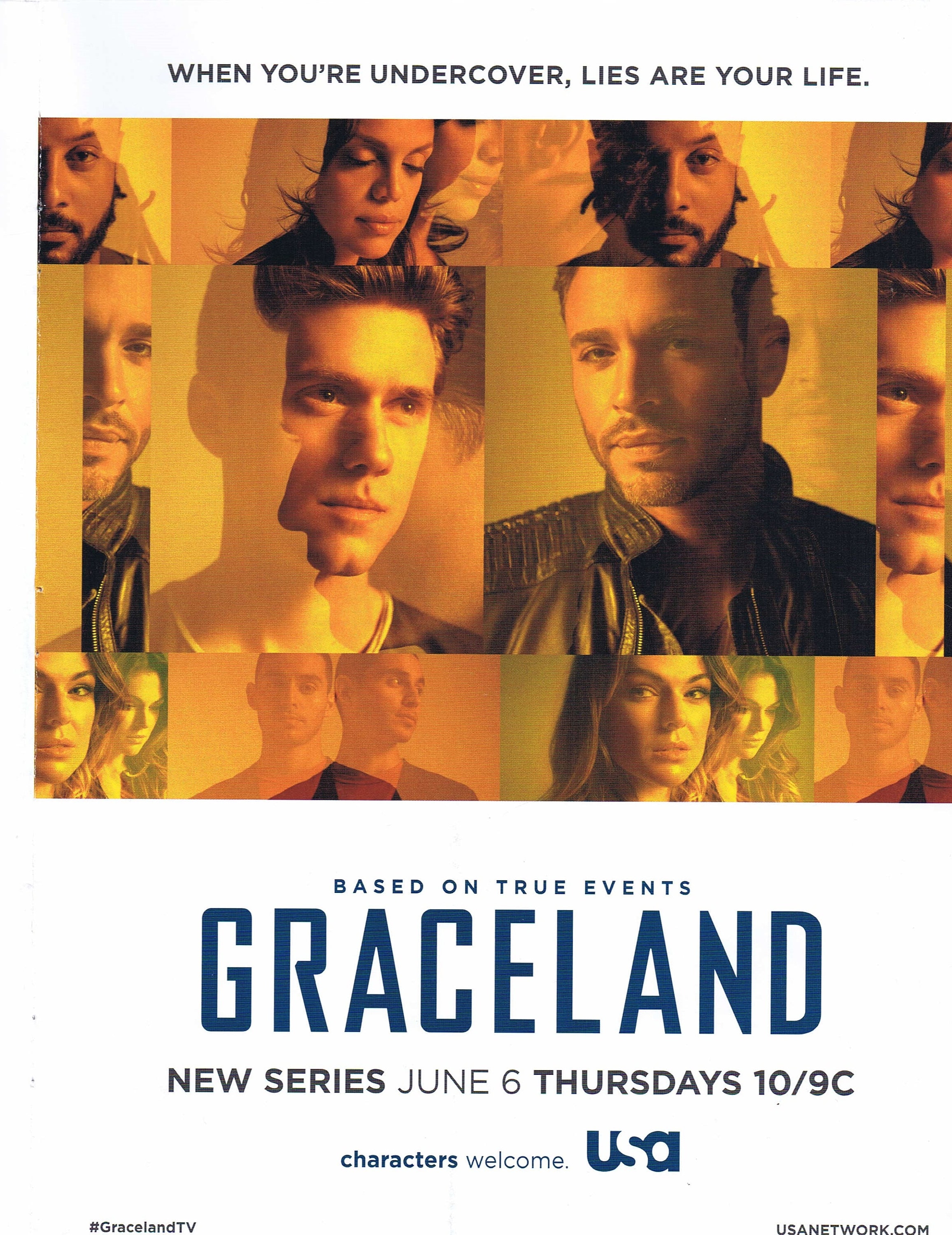 “Careful what you wish for,” is the theme of this 2013 original advertisement for USA all new season episodes beginning June 16, 2013. The ad features a neat picture of Jeffrey Donavan as Michael Westen overlooking Miami at sunset. The series was quite popular and ran for 7 seasons and 111 episodes and 1 television movie. 2013 would be the last season of the series which ran from 2007-2013

A BONUS is another ad on the opposite side the same page for the series premiere of another USA action Drama series “Graceland,” starring Jay Karnes, Pedro Pascal, Jenn Proske and others. The show ran for 3 seasons with 38 episodes and ended in 2015.

The ads 8x10.5 and in very good condition on extra thick paper. Please see the scans.