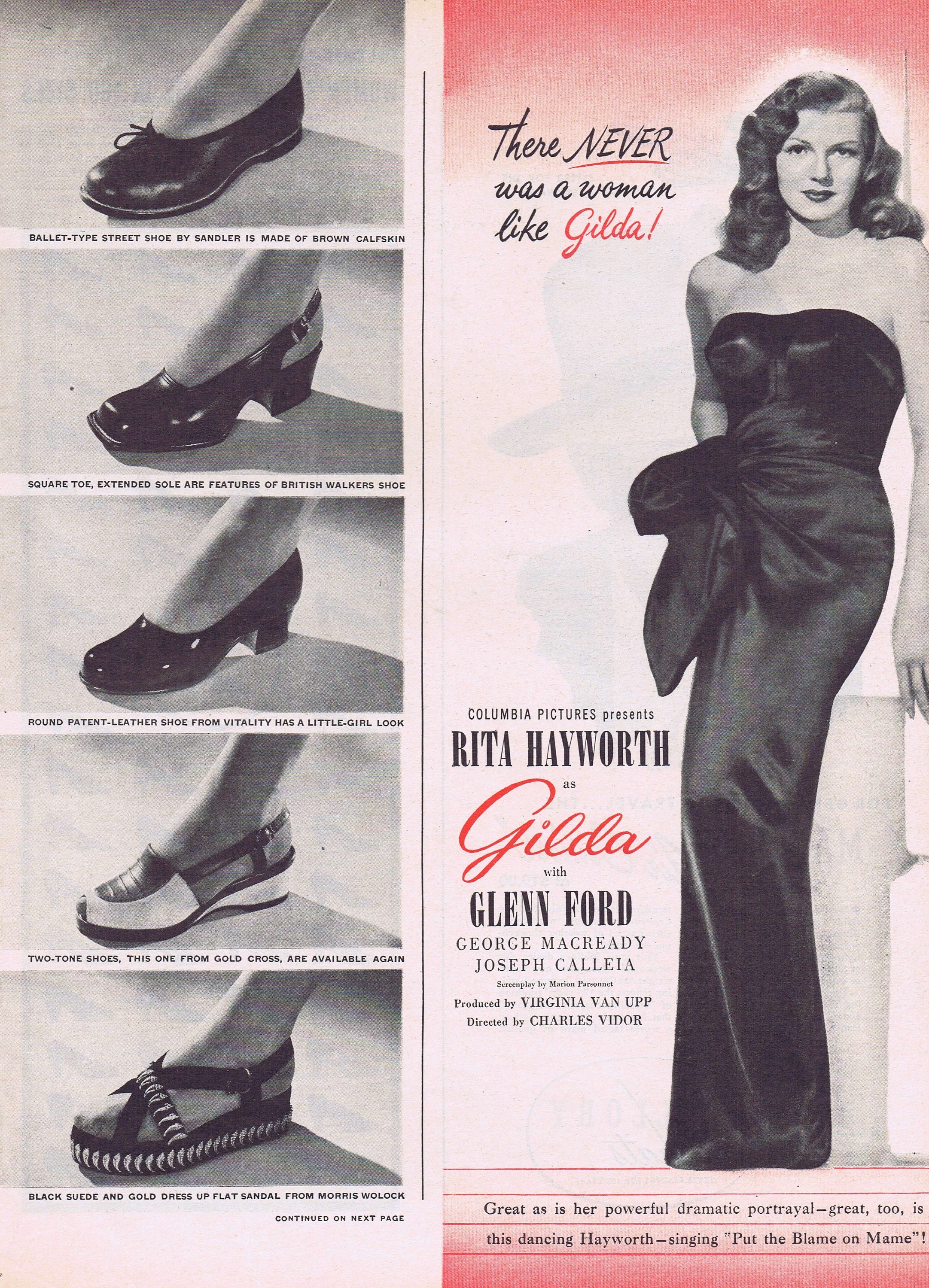 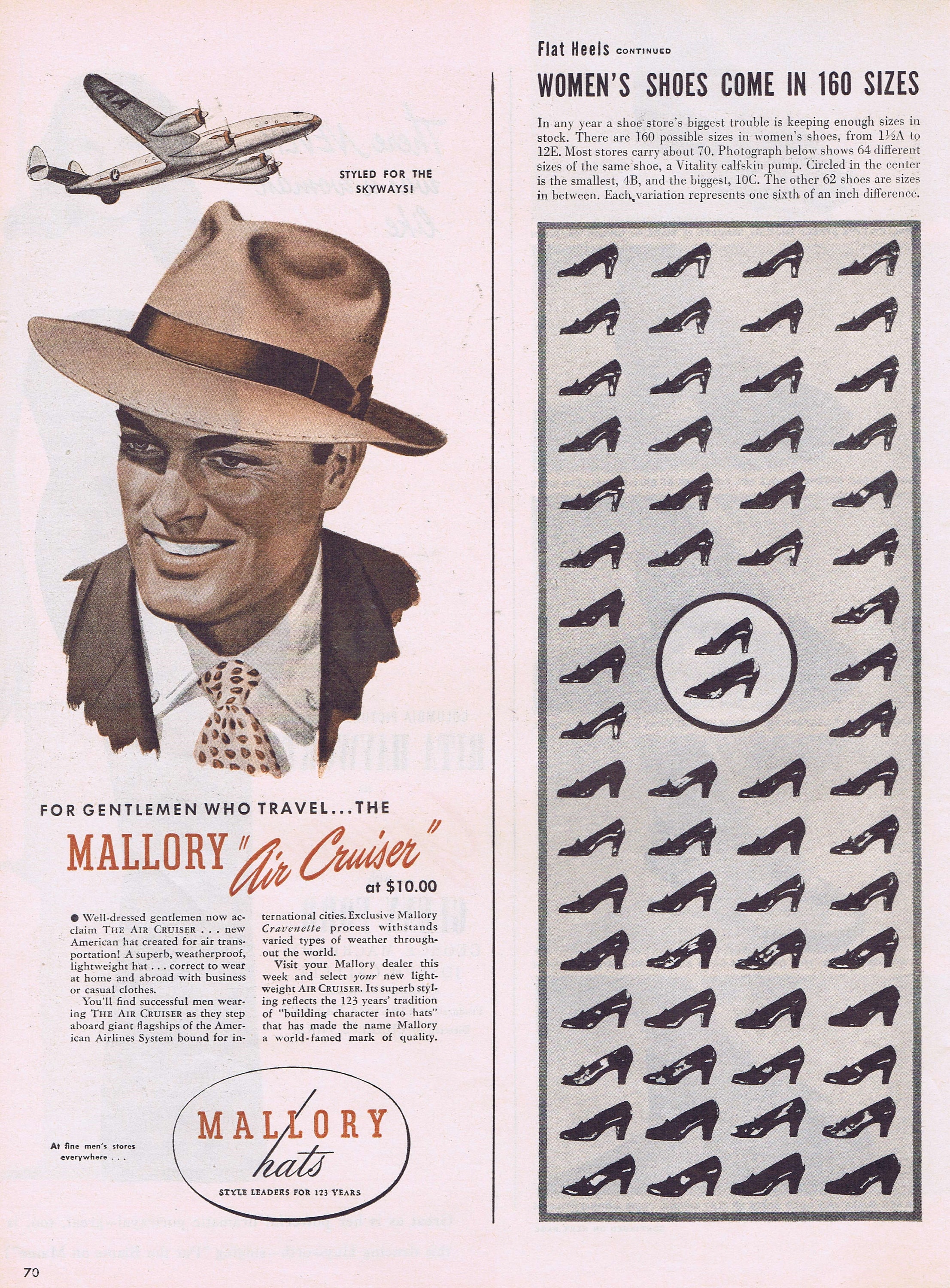 “There never was a woman like Gilda,” is the theme of this 1946 original vintage movie advertisement for the classic film, “Gilda.” Featured in the ad is the classic film pose of beautiful Rita Hayworth. The film also starred Glenn Ford and was directed by Charles Vidor. This American film noir was said to have made Rita Hayworth a star as the ultimate femme fatale. She is seen in the black strapless gown designed by Jean Louis who called it the most famous dress he ever made. A neat collectible from her iconic role.

A bonus is another ad on the opposite side of the same page for a Mallory Men’s “Air Cruiser” hat for the traveling well-dressed man. It sold for $10.00

The ads are 5.5x14 and in very good condition with nice detail. They will be sent uncut on the original page it appeared.

It is an original vintage product and not a reproduction.

Vintage advertisements and pictures are becoming more and more collectible for their nostalgic look and eye appeal. They are also suitable for framing and are becoming scarcer as the supply of vintage paper products continue to decrease.