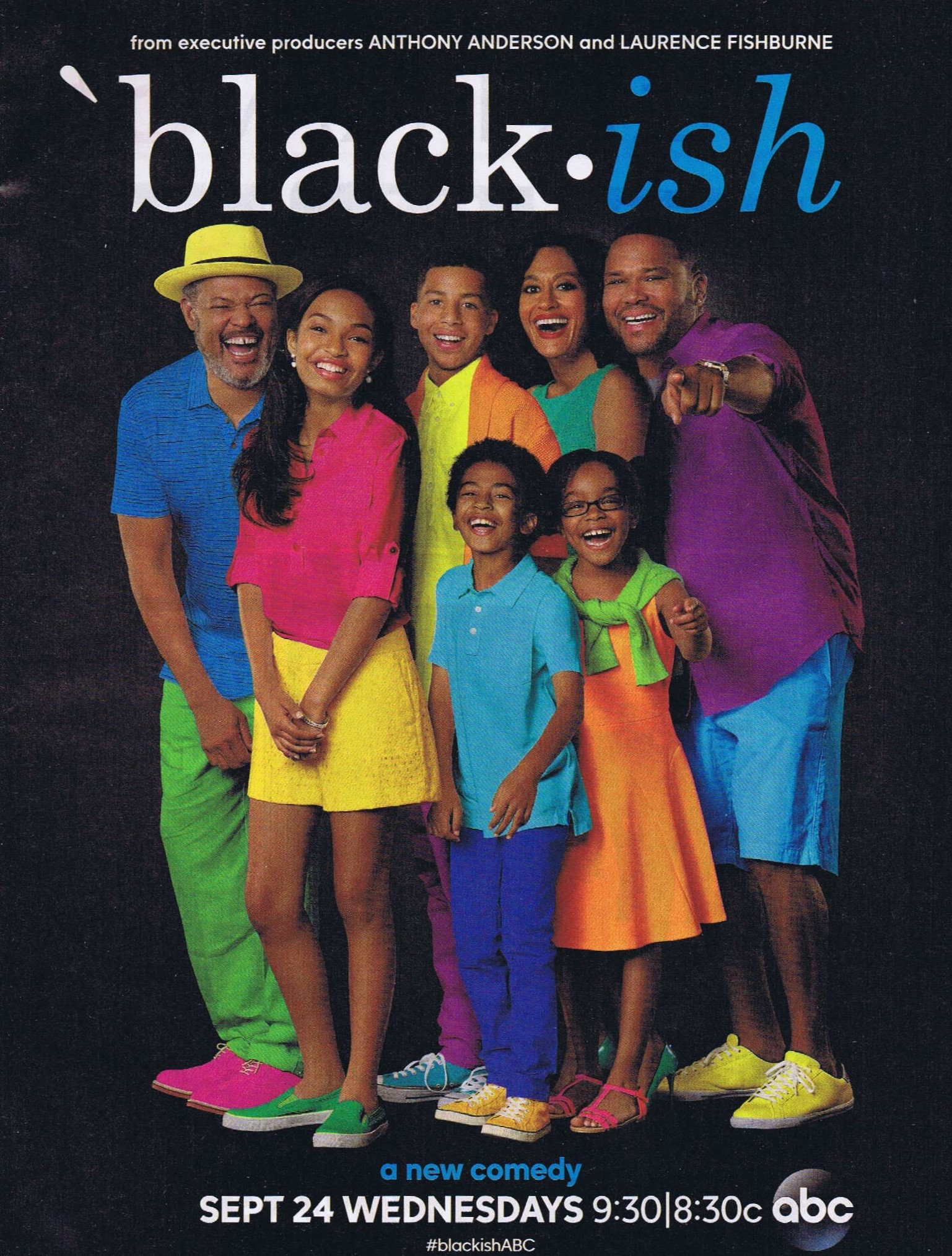 “A new comedy on September 24,” is the theme of this 2014 original advertisement for the series premiere of the comedy sitcom television series “Black-ish.” The ad features a nice photo of Anthony Anderson, Tracee Ellis Ross, Yara Shadihi, Marcus Scribner and other cast members. The series was developed by Kenya Barris and is still in production with the 6th season.

The ads is 8x10.5 and in near mint condition. The paper is somewhat thin and some of the back side of the paper may show through at certain angles to the light. It is still neat and collectible.