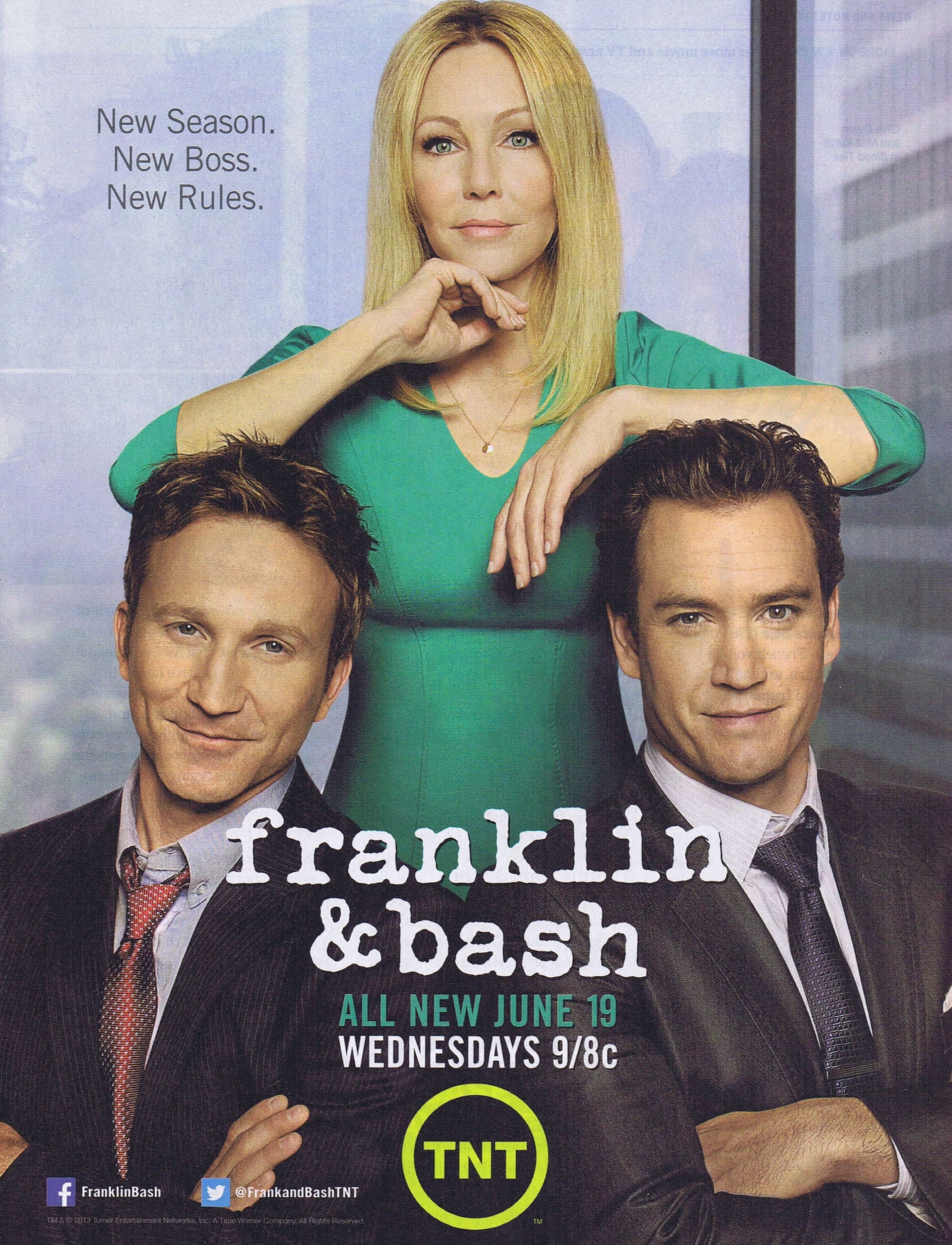 “New season, new boss and new rules,” is the theme of this 2013 original advertisement for the TNT American Comedy Drama television series “Franklin & Bash.” The ad features a photo of cast members Breckin Meyer, Heather Lockyear and Mark-Paul Gosselaar. The series ran for 4 seasons and ended in 2014. This ad was the third season premiere on June 19, 2013.