SAVE 25% on all items on "Stay at Home Sale" with no limits. 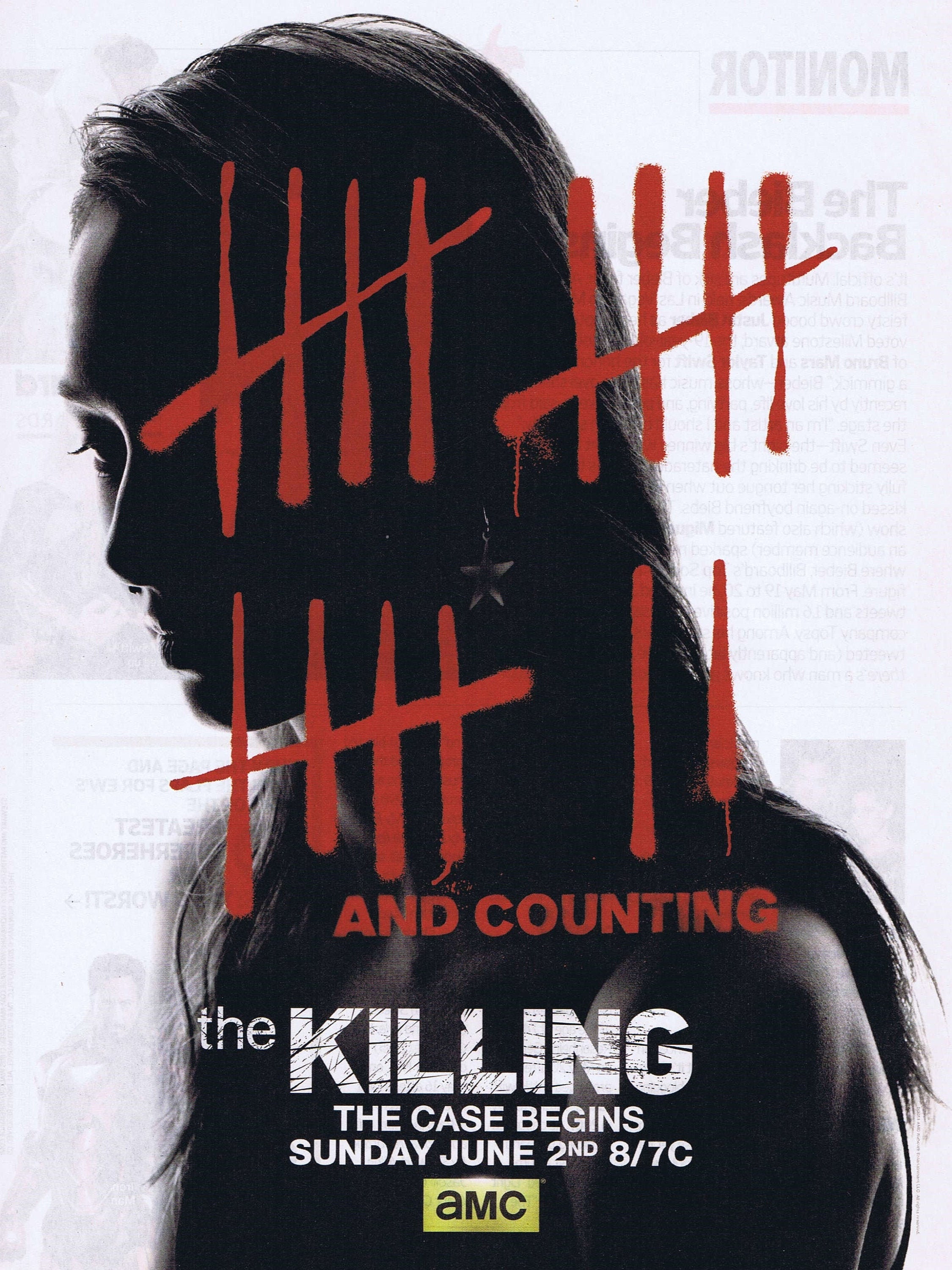 “17 and counting,” is the theme of this 2013 original advertisement for the AMC Crime Drama television series “The Killing,” starring Michelle Enos as Sarah Linden. It also starred Joel Kinnaman, Billy Campbell and others. The ad features a nice photo and layout. The series ran for 4 seasons and ended with 44 episodes.