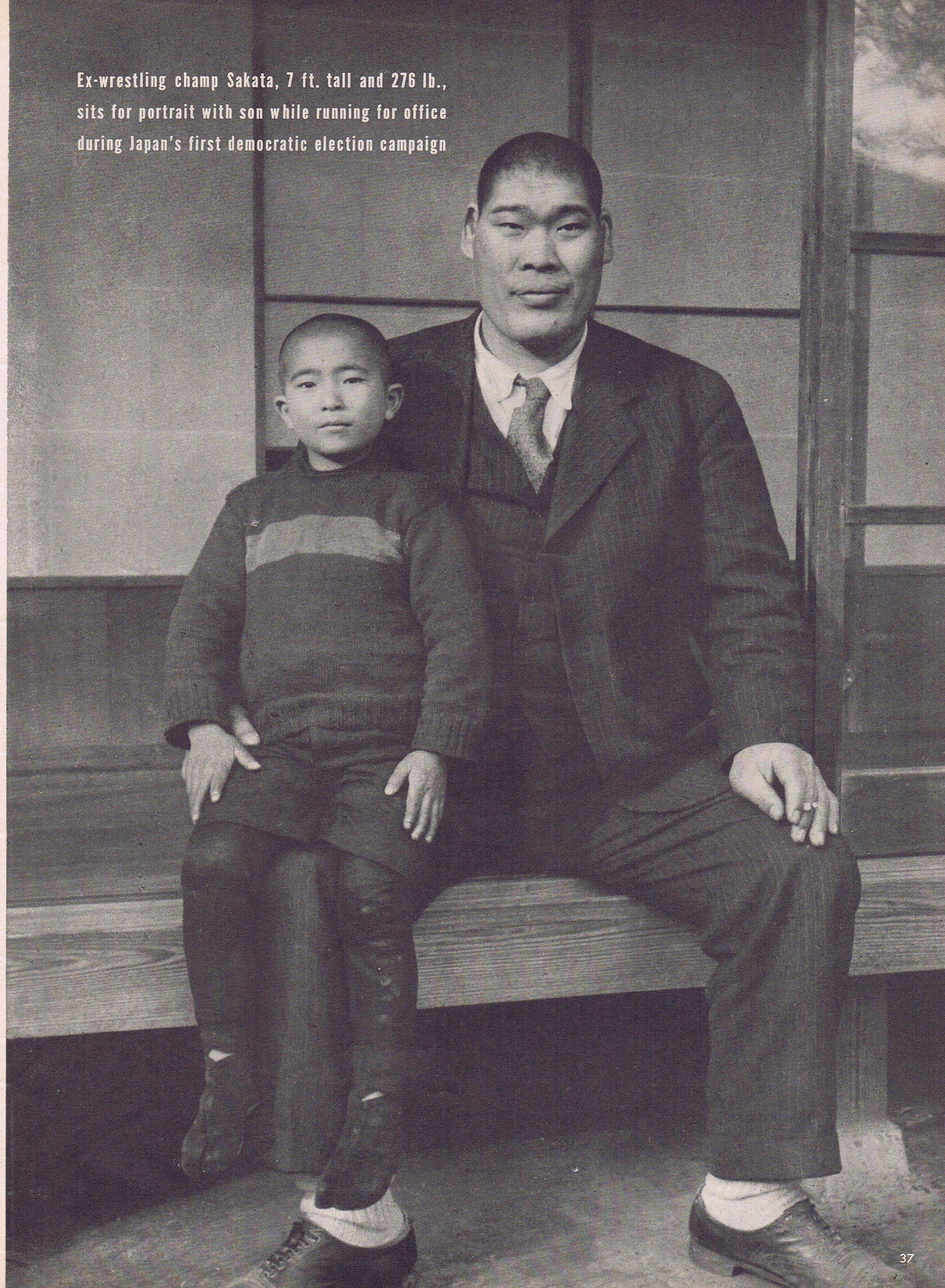 Here is former Japanese Sumo Wrestling Champion Tomojiro Sakata with his son as he was running for office in Japan’s first democratic election campaign. Sakata was seven-feet tall and weighed 276 pounds when this picture was taken in 1946. He was 42 years old. After his wrestling career he ran a restaurant in Tokyo. Unfortunately, he lost the race and most of his money in the election and to gambling.

He landed a small part in the Hollywood film, “The Barbarian and the Geisha,” but was never to recover his fame and glory. He would later lose his wife to divorce and was separated from his children. Sadly, he died in a nursing home in 1971 taking handouts from what few ex-Sumo fans that had not forgotten him. A sad story about a big man.

A unique collectible for Sumo Wrestling our fans of history.

The magazine photo is 10x14 and in nice very good condition. The previous page with the description of the photo as shown in the second scan will also be included.

It is an original vintage product and not a reproduction.

Vintage advertisements and pictures are becoming more and more collectible for their nostalgic look and eye appeal. They are also suitable for framing and are becoming scarcer as the supply of vintage paper products continue to decrease.