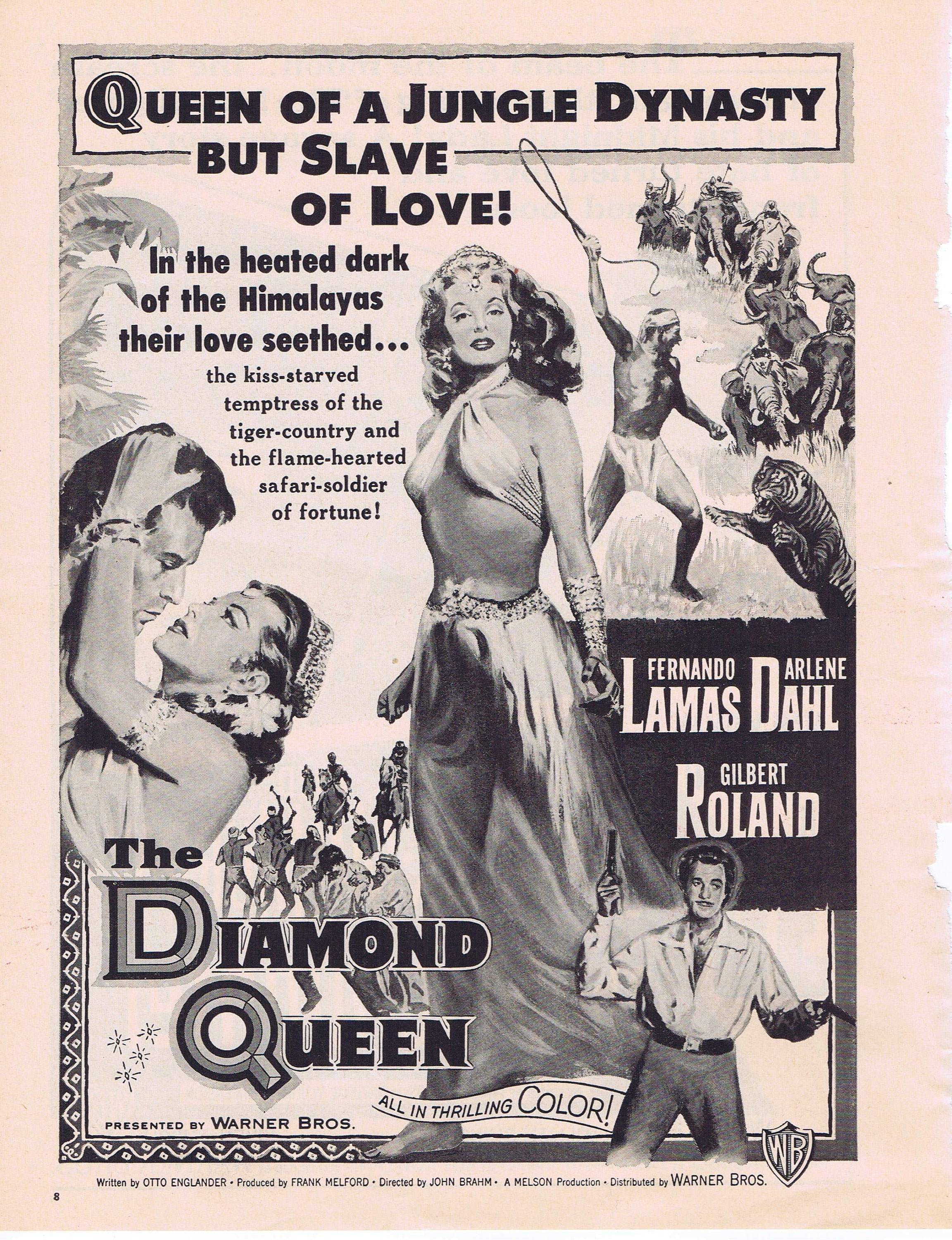 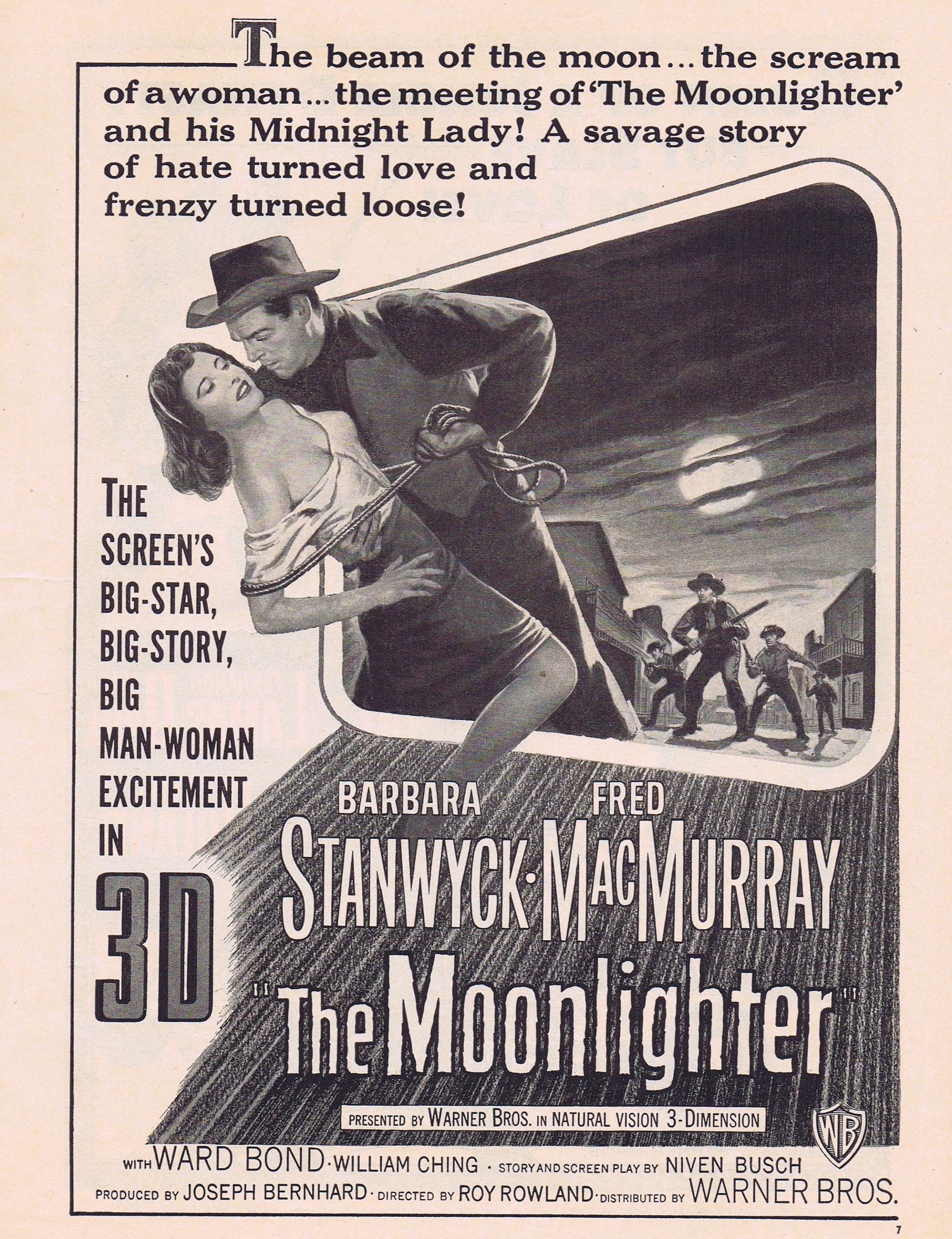 This is an original 1953 movie advertisement for the Warner Bros. drama film, “The Diamond Queen.” The film starred Arlene Dahl, Fernando Lamas and Gilbert Roland. It was directed by John Brahm and produced by Otto Englander.

A BONUS is another ad on the opposite side of the same page for the western film, “The Moonlighter,” starring Fred MacMurray, Barbara Stanwyck, Ward Bond and William Cling. It was directed by Roy Rowland and produced by Joseph Bernhard.

A unique feature of this film was it was originally produced in 3-D, quite the fad at the time.

PLEASE NOTE: these are original vintage movie ads on a single sheet of paper, and NOT a DVD or video.

Ads are 8.5x11 and in very good condition with some aging. It has some aging and left staple pulls from being removed from the magazine. Please see the scan.

Vintage television and movie pictures and ads are becoming more and more collectible for their nostalgia look and unique eye-appeal. They also are suitable for framing and are becoming scarcer as the supply of vintage paper products continues to decrease.